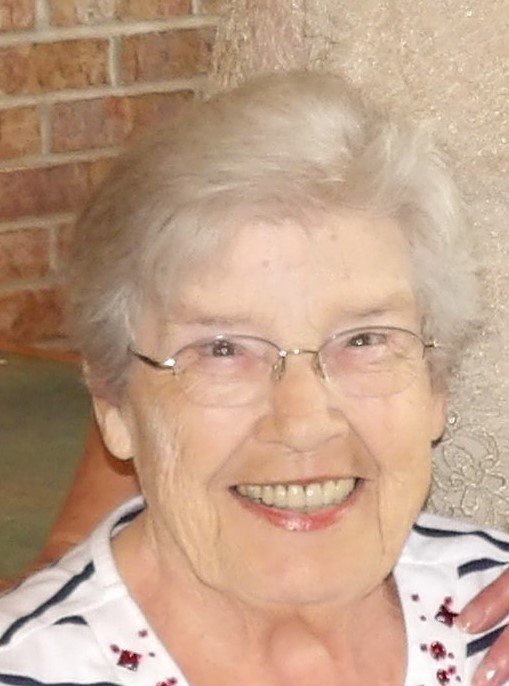 Judith “Judy” Elizabeth (Rindahl) Jacobson, 83, of Cambridge passed away on Friday, June 12, 2020 surrounded by her loving family at the At Home Again facility.

Judy was born in Cambridge WI on November 14, 1936, the youngest child of Olaf and Jennie (Kohl) Rindahl.  Judy was a 1954 graduate of Cambridge High School.  She married Russell E. Jacobson, also of Cambridge, on March 26 1955.  Judy and Russ had three daughters who they raised in Weatogue Connecticut.

Judy was active in the Simsbury Junior Woman’s Club where she assisted in the production of the book “A child’s history of Simsbury”.  The club raised enough funds by producing and selling a small cookbook to pay for the printing of the local history book which were provided to all 4th graders in area schools. Along with community service Judy enjoyed time with family, teaching Sunday school, being a Brownie Leader, ice skating, road trips, counted cross stitch, bowling, reading, sewing and as with many Rindahl’s, rummage sales.

Judy’s primary career was that of a keypunch operator.  The majority of her employment in her field was with Ensign-Bickford Aerospace and Defense where she enjoyed working.  In 1975 Judy and Russ moved “back home” to Wisconsin where they eventually settled back in Cambridge.

Thank you to the many friends and family that provided support during this time.  A special thank you to the staff of Home Again and Agrace Hospice & Palliative Care, who provided so much care to our Mom.

Per Judy’s request there will be no formal service.

A Memorial Fund will be set up in Judy’s name.

As Judy would always say,”Be sweet, lovable and kind.”