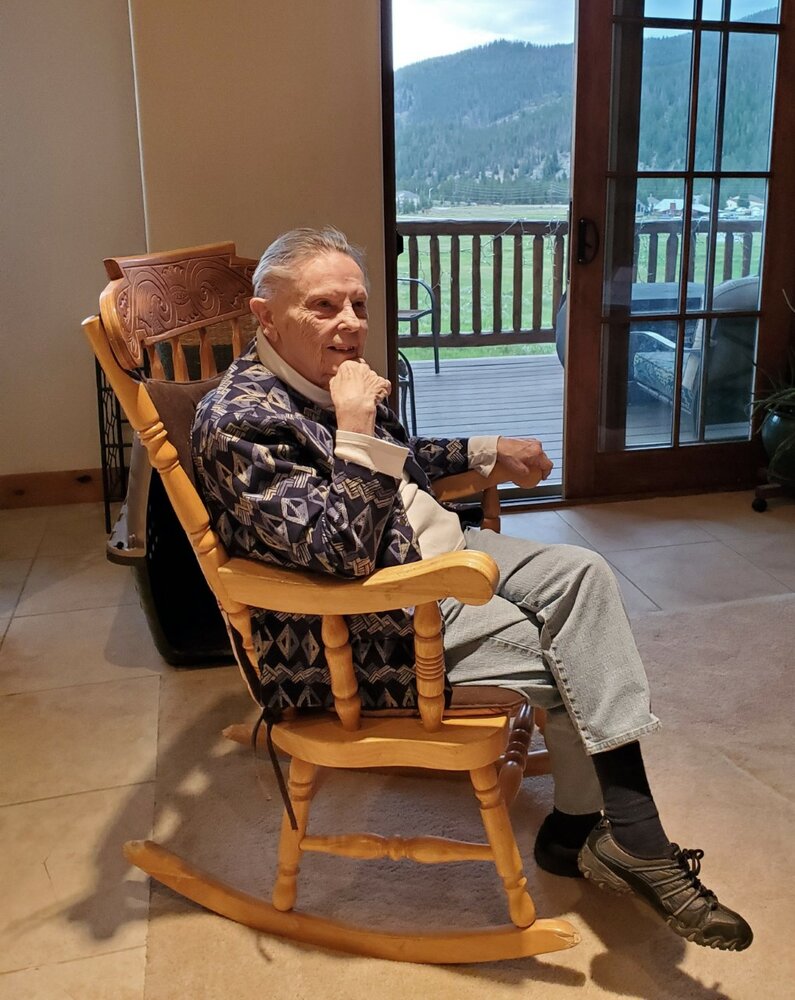 Dorothy Ann “Dot” Carpentier, 94, died peacefully in her sleep at home before dawn on Sunday, October 23, 2022.

Dot was born April 19, 1928, in Missouri, to Carolyn Wild Hudler and Russell Hudler. She was the youngest child in her family and was preceded in death by her parents, brother Russ Hudler, sister Carol Cook, devoted husband John Henry “Jack” Carpentier, and too many wonderful friends.

Dot’s stories of growing up a tomboy on the family ranch near Granby, Colorado are legendary. She spent her formative years traveling back and forth between St. Louis and the ranch. Dot graduated with a BA in Sociology from University of Colorado, Boulder in 1949. Dot and Jack were married at Our Lady of the Way Maryvale in Fraser, Colorado in 1950. They moved to the ranch shortly after and started their family. Mary Teresa, their first child, was born in Colorado. They moved off the ranch and found their way to Fort Atkinson, WI, where they eventually settled on Janette St and lived for 18 years. They were blessed with two more daughters, Mary Katherine and Mary Elizabeth; and their youngest and only son, Peter.

Dot’s greatest joys in life were her children, grandchildren, and great-grandchildren. According to Dot, “children are the most important thing” you can contribute to the world. She was always prepared with a quick update on the accomplishments and highlights in the lives of her children and grand/great-grandchildren, should anyone wander by close enough to listen. She lived by example professionally, as well. Dot was a special education teacher in the Fort Atkinson School District. She earned a Master of Science in Education from The University of Wisconsin - Whitewater in 1973 and continued to teach in Fort Atkinson until she retired in 1988. Her dedication and service impacted the lives of countless children in the community.

Her passions after retirement were her garden (roses and tomatoes aplenty), traveling with and without Jack, and volunteering at Meals on Wheels, libraries, and her favorite thrift stores. Dot was an avid reader and used-book collector. She loved to caravan, sightsee, and to visit friends and family who lived all over the country. She could cook a gourmet meal out of thin air and always had a bed made, a stew bubbling, a jigsaw puzzle started, and a pot of coffee ready if you came to visit. She will be missed and fondly remembered by her family and friends as a uniquely charming, witty and brilliant, card-slinging, kind-hearted, generous soul.

There will not be a funeral service, but Dot’s family encourages well-wishers to visit Prairie Village’s community center and have a cup of coffee and share a story together with friends in her memory. In lieu of flowers, donations may be made to your local Meals On Wheels organization.

To send flowers to the family or plant a tree in memory of Dorothy Carpentier, please visit Tribute Store

Share Your Memory of
Dorothy
Upload Your Memory View All Memories
Be the first to upload a memory!
Share A Memory
Send Flowers