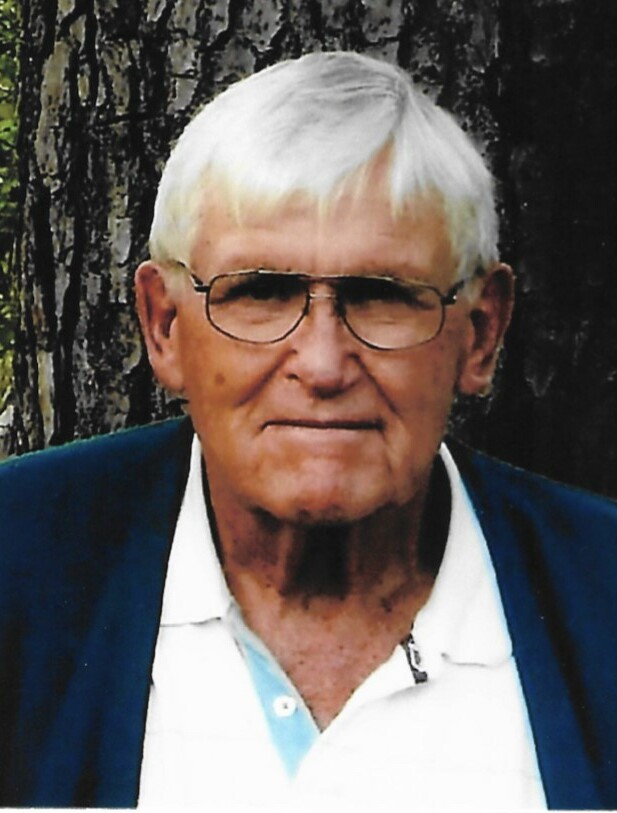 Byron James Pester born August 25, 1924. The son of Walter and Emily (Clemons) Pester. Byron graduated from Whitewater City High School in May of 1942. After high school he played semi-pro football for the Delevan Red Devils from 1943-1946 and farmed on the family farm. He was united in marriage to Doris Schlitz on July 24, 1953 at the First United Methodist Church Whitewater, WI.  They operated a dairy farm in Coldspring until 1960 when they moved their dairy operation to Houston Texas.

While living in Houston Byron and his wife Doris were active participants and supporters of the Houston Livestock Show and its youth programs for the Dairy Industry. Byron was a life time member of the Dairy Shrine and served on the Dairy Shrine board. In retirement Byron and Doris enjoyed camping at a variety of National Parks, traveling to Alaska, visiting family and friends in Wisconsin and lending a helping hand to their Texas family/friends.

Byron is survived by a special niece Linda (Tom) Dykstra of Fox Lake; grandnieces Leslie (Wesley) DeYoung of Oregon and Emily Dykstra of Milwaukee.  Schlitz nieces and nephews Kerri (Gregg) Knapp; Tim (Renee) Schlitz of Cedarburg; Dan (Lei) Schlitz of Northbrook, IL; Julie (Rob) Stelter of Cedarburg; and 7 grand nieces and nephews. Special friends Frank and Carla Seber and many other friends of Texas. He was proceeded in death by his parents Walter and Emily Pester, his wife Doris, brothers Lauren Pester, Lyle and Mildred Pester, brothers in laws Harold and Diane Schlitz, and Keith and Ethel Schlitz.

A visitation will be held on Thursday, October 13, at 12PM at the Nitardy Funeral Home in Whitewater. A funeral service will follow the visitation at 1:30PM, and interment will be at the Hillside cemetery after the service.  You may attend the service virtually at https://client.tribucast.com/tcid/8368860343.

Memorials can be made to the Dairy Shrine or Waupun Christian Home.

To send flowers to the family or plant a tree in memory of Byron Pester, please visit Tribute Store
Thursday
13
October

Share Your Memory of
Byron
Upload Your Memory View All Memories
Be the first to upload a memory!
Share A Memory
Send Flowers