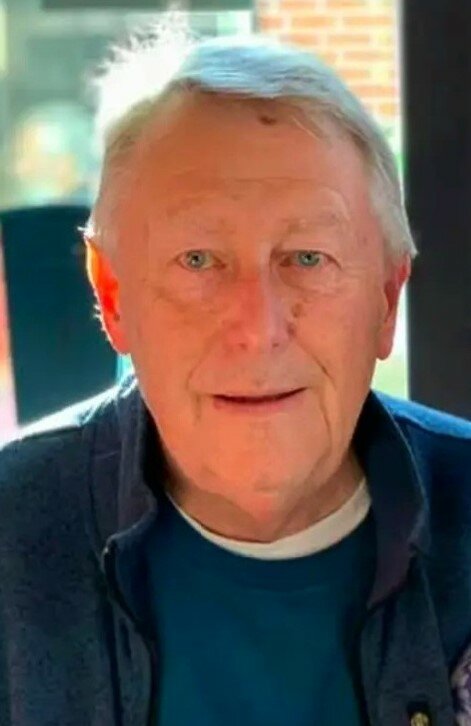 On the evening of Wednesday, September 21, 2022, Douglas John Hoekman passed away surrounded by family at Rainbow Hospice Inpatient Center.  He was sixty-eight years old.

Doug was born on July 13, 1954 to John and Darlene (Minkey) Hoekman, joining older sisters Kathy and Doreen.  He graduated from Whitewater High School with the Class of 1972 and met Kristi Senhenn at Gateway Technical College in Kenosha, Wisconsin.  They married on August 16, 1975 at First English Lutheran Church in Whitewater.  Doug and Kristi had three children: Jessica, John, and William.

For most of the 80s and 90s, Doug could be found in the kitchen of the Edge of Town restaurant that he and Kristi owned in Palmyra, Wisconsin. After selling the restaurant in 1997, Doug worked at Ewald Automotive Group in Oconomowoc, Wisconsin, until his retirement in September 2021. His employees and co-workers remember him as a man with an easygoing personality and a drive for excellence in his work.

Doug’s family and friends remember him as a patient and warm-hearted husband, father, son, and brother. In addition to his two sisters, Doug was proud to discover a brother, John (Mary), of Colorado, later in life. He connected with people easily and made friends wherever he went. Doug’s favorite pastimes were spending time with his family and cheering on the Green Bay Packers.

A memorial service will be held on September 30, 2022 at The Chapel at 445 Warner Road in Whitewater. Visitation will begin at 4:00pm until the service at 5:00pm.  An informal dinner will be hosted by the family after the service at 6:00pm. Donations in his honor may be directed to Paddy’s Paws at http://paddyspaws.blogspot.com/p/donate.html or Lola’s Lucky Day at https://www.lolasluckyday.com.

To send flowers to the family or plant a tree in memory of Douglas Hoekman, please visit Tribute Store
Friday
30
September

Visitation prior to service

Share Your Memory of
Douglas
Upload Your Memory View All Memories
Be the first to upload a memory!
Share A Memory
Send Flowers