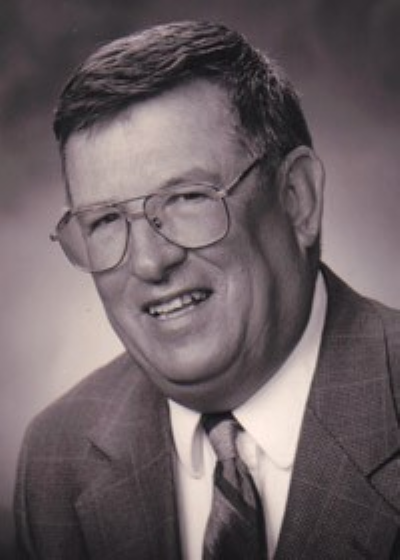 Tommy was born on November 4, 1936, and raised in Watertown, WI.  During his childhood, Tommy was captivated with trains.  This fascination with trains continued throughout his entire life.  Tommy attended St. Henry’s Grade School and graduated in 1950, followed by Watertown High School in 1954.  He received his Undergraduate Degree in History & Economics from Ripon College in 1958, and ultimately received his Master’s Degree in Business Administration from University of Wisconsin – Whitewater in 1973.

Tommy was an active service member of the United States Army from 1959-1970.  He was stationed in Korea for over a year during this time.  Tommy achieved the Commissioned Officer rank of Captain by 1964, and he served in the Adjutant General’s Corps.  Upon being relieved from active duty in 1970, he transferred into the National Guard.  Tommy was honorably discharged from the military in 1976.  During his service, Tommy received the National Defense Service Metal, the Armed Forces Expeditionary Medal, and the Army Commendation (1st OLC).

Tommy began his 30-year career with the United States Department of the Treasury Internal Revenue Service as a Tax Auditor in 1974.  During his tenure he was appointed as the Representative of the District Director of the Janesville IRS office.

Beginning in 1977, Tommy dedicated 45 years of service to UW-Whitewater Warhawk athletics as a volunteer, supporter, contributor, and fan.  For many years, he was the PA announcer for football games, baseball games, wrestling meets, and women’s basketball games.  He also worked the table for men’s basketball games.  Tommy additionally donated his time at football practices as the air horn man who had coaches switch segments of practice on schedule.  Tommy was a member of almost every booster club, including the Quarterback Club, the Tip-Off Club, and the Dugout Club, serving as the treasurer of the QB Club for several years.  He sponsored numerous trips and meals for the different athletic teams, and was always willing to assist any program with a donation.  In 1997, Tommy became a Warhawk Athletics Hall of Fame inductee and recipient of the Distinguished Service Award, for his years of significant contribution to the success of UW-W athletics programs.

Over the years, Tommy made a point to know every player by name and position on each of the teams he supported.  He touched countless lives working with Warhawk athletic staff and teams, pouring his time, energy, and resources into their programs while asking for nothing in return.  His presence, laughter, Elvis impressions, and one-liners will be dearly missed.

Tommy “The Kid” was truly a legend.  He lived and breathed Warhawk athletics, and will always be remembered as “Mr. Warhawk.”

Tommy was known by everyone for his countdown toward the upcoming season by telling you the exact hours, minutes, and seconds left before the first game.  Tommy lived a service filled life, totaling 751,234 hours, 26 minutes, and 18 seconds. . . ”but who’s counting,” as he would have said.  Tommy's legacy lives in all of us that were truly blessed to call him our friend.

The Funeral Service for Tommy will be held on Monday, August 29th, from 5pm-7pm, at Nitardy Funeral Home in Whitewater, WI.   A private burial will take place at St. Henry’s Cemetery in Watertown.  A Celebration of Life Memorial Ceremony will be held at the University of Wisconsin – Whitewater University Center on Monday, September 19th, from 5:30pm-7pm.  In honor of Tommy, please wear your favorite Whitewater Warhawk apparel when attending the funeral service and/or memorial ceremony.

Share Your Memory of
Tommy
Upload Your Memory View All Memories
Be the first to upload a memory!
Share A Memory