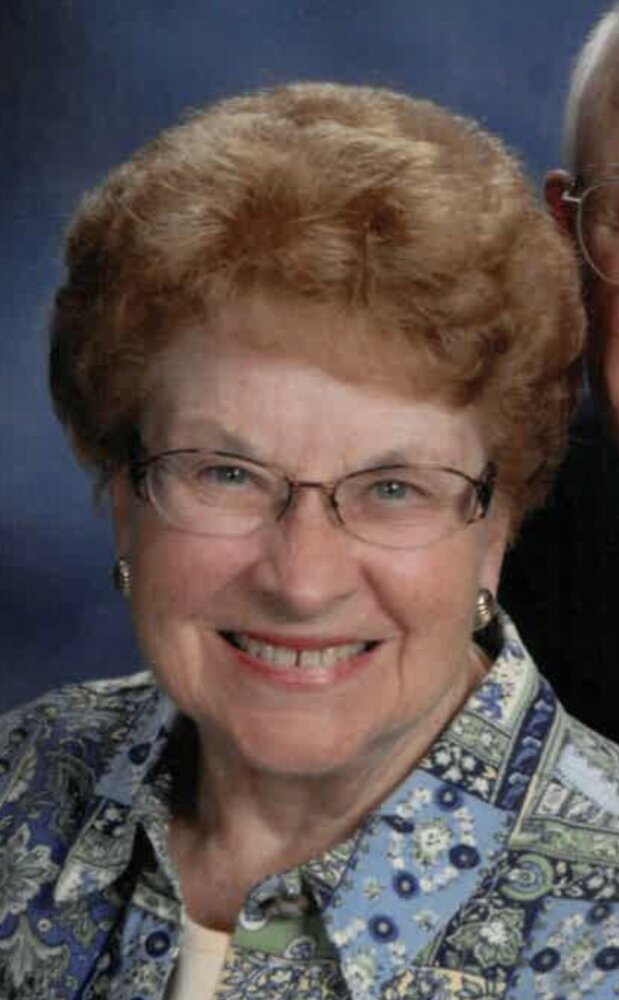 Marjorie Ann Triebold (Schonath) went to her eternal home on July 22, 2022. Marge was born on January 6, 1937, to John and Martha (Hoppe) Schonath in Whitewater, Wisconsin. She graduated from Whitewater City High School in 1954 and then went on to graduate from UW Whitewater in 1958 with a degree in kindergarten/ primary education. While at UW, Marge earned the honor of being listed in Who’s Who in American Universities and Colleges. She was also affiliated with Theta Sigma Upsilon Sorority and Kappa Delta Pi honorary fraternity.

Marge married Don Triebold on August 9, 1958. They then moved to Manitowoc, Wisconsin where Don taught business education classes at Manitowoc High, and Marge taught morning and afternoon kindergarten classes with thirty plus students in each class.

Marge was a lifelong member of the United Methodist Church where she taught Sunday school and sang in church choirs for over 65 years. She was a very active member of Junior Women, the Whitewater Federation of Women's Clubs, the PEO Sisterhood and Alpha Club in Whitewater where she held many offices and took the opportunity to attend national conventions. She was also an enthusiastic supporter of UW-Whitewater, volunteering on the Cultural Affairs Committee. Marge travelled most of southeastern Wisconsin to promote Young Auditorium and the programs designed for school age children.

Marge loved people, and will be remembered for her warm engaging smile, blue eyes, and not having a hair out of place. She was a loving wife, mother, grandmother, and great-grandmother. She will be missed and remembered by all who knew her.

The family would like to extend special thanks to Stacy Gransee and Patty Terpley for their loving, tender care of Marge throughout her illness. Also, thanks to Rainbow Hospice and their nursing staff for their expertise in caring for the elderly.

Memorials may be given in Marge’s memory to the First United Methodist Church and to Rainbow Hospice.

Nitardy Funeral Home is assisting the family. Condolences may be made at www.nitardyfuneralhome.com

To send flowers to the family or plant a tree in memory of Marjorie Triebold, please visit Tribute Store
Friday
29
July

Share Your Memory of
Marjorie
Upload Your Memory View All Memories
Be the first to upload a memory!
Share A Memory
Send Flowers