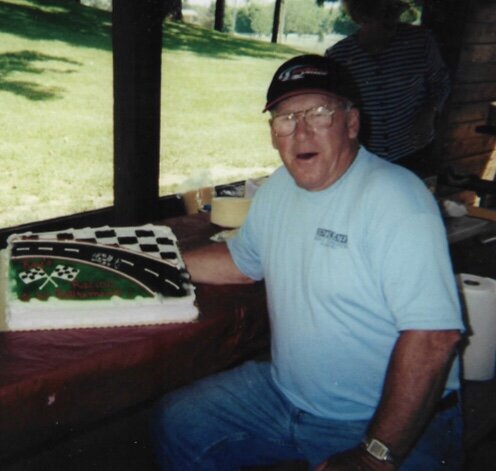 Ray lived in Whitewater since he was 13 years old. He worked at various companies, retiring in 2000 from the City of Whitewater. He continued to work part-time for the city until 2019.

Generous and big hearted, Ray was a fun guy with a great sense of humor. He enjoyed umpiring softball and refereeing basketball games in his spare time.

Ray married Patricia Brown on September 8, 1956, in Whitewater. They raised four children together until her untimely passing in 1982.

A memorial service will be held on Friday, July 8, 2022, at Nitardy Funeral Home, 550 N. Newcomb St, Whitewater at 11:00 A.M. Visitation will take place from 9:00 A.M until the time of the service. Interment will follow at Hillside Cemetery. In lieu of flowers, donations may be made to the heart or cancer association of your choosing.

We would like to thank the Whitewater Rescue Squad, Emergency Staff at Fort Atkinson Memorial Hospital, and Agrace Hospice for their care of Ray.

To send flowers to the family or plant a tree in memory of Raymond Kramer, please visit Tribute Store
Friday
8
July

Share Your Memory of
Raymond
Upload Your Memory View All Memories
Be the first to upload a memory!
Share A Memory
Send Flowers