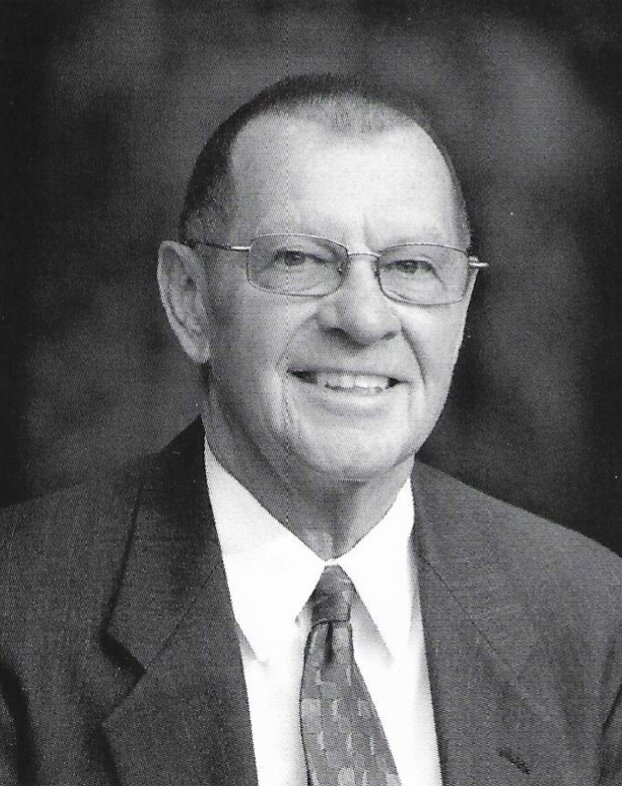 Jim grew up in Sheboygan, WI and was the youngest of two boys. He attended Sheboygan North High School, graduating in 1951. After high school Jim attended UW-La Crosse where he played college basketball. He graduated in June, 1955 with a Bachelor of Science degree in Physical Education. In July, he married his high school sweetheart, Margaret F. Lonsdorf and in August was drafted into the U.S. Army to be stationed in Seoul, South Korea for eighteen months.  Upon his return, Jim received a Master of Science degree from UW-La Crosse in Physical Education and subsequently taught and coached basketball in Des Plaines, IL and Sheboygan, WI. In 1962, Jim was hired at UW-Whitewater where he taught physical and health education for thirty-one years before retiring in 1993. In 1971, he obtained a Doctorate of Health & Safety degree from Indiana University. During his time at UW-Whitewater, Jim served several years as intramural director, cross country coach, assistant track coach, health education coordinator, and the Williams Center facilities coordinator.

Jim also served his community in many ways. He was a member of the Whitewater Breakfast Kiwanis Club and served as Chairperson of the Whitewater Parks and Recreation Board for six years. He served on several committees including the local Housing Committee, Swim Fundraising and Skateboard Fundraising committees, and the Special Olympics.

Jim enjoyed playing tennis, riding with his bike club, cross county skiing, swimming, and camping with his family and friends. He especially loved watching all of his kids and grandkids play in sporting events. In retirement, Jim and Margaret spent every winter in Estero, Florida where he loved having his children and grandchildren visit. Jim was an avid supporter of all Warhawk sports. He also enjoyed attending UW-Madison Badger football and basketball games and following the Brewers, Packers and Bucks. Jim especially enjoyed gathering with family and friends for morning coffee or afternoon happy hour to shoot the breeze.

Jim is survived by his wife, Margaret of Whitewater; sons: David (Joanne) of Middleton; Steve of Lake Geneva; Bill of McFarland, and daughter: Lisa (John) Walsh of Sun Prairie, grandchildren: Kristine and Kimberly Walsh of Sun Prairie, Bailey and Daniel Toennies of McFarland, and Jack and Cole Toennies of Middleton. He was preceded in death by his parents; brother, Donald; and son, Robert.

Those planning an expression of sympathy may donate to:

Private services for the family will be held at Hillside Cemetery in Whitewater, WI.

Share Your Memory of
James
Upload Your Memory View All Memories
Be the first to upload a memory!
Share A Memory