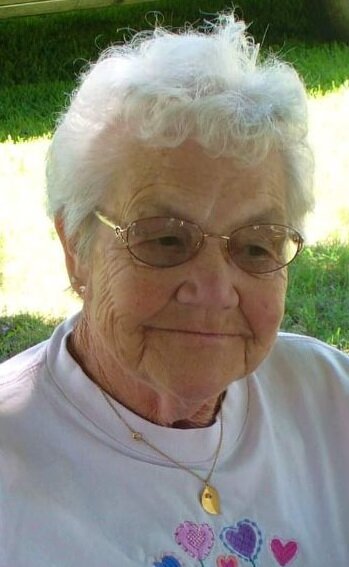 Frances Ardel “Fran” Trewyn, 89, of Whitewater passed away on Friday, January 7, 2022 surrounded by her loving family at Fairhaven Senior Services.

Fran was born on November 17, 1932 in Milton to Charles and Relda (Burdik) Courtney.  She grew up in Milton and later graduated from Milton High School in 1951.  In 1952, Fran met the love of her life, Clarence “Mike” Tulip Trewyn, and they later married on December 12, 1953.  Fran worked at the A&P Grocery Store in Whitewater and later worked at Oaks Electronic in Elkhorn.  Fran also worked at Fairhaven as a cook, and retired in 2000.  After retirement, she worked at Sentry until 2005.  She was most recently employed at Walmart as a greeter, for over 15 years, which she truly enjoyed.

She is preceded in death by her parents, Charles and Relda Courtney; and son-in-law, Larry Badtke.

A visitation will take place on Saturday, January 15, 2022 from 1PM until 3PM at Nitardy Funeral Home in Whitewater.

The family would like to give special thanks to the Fairhaven staff for their exceptional care for Fran.

Fran Trewyn was to the Trewyn family as Aaron Rogers is to the Green Bay Packers.

To send flowers to the family or plant a tree in memory of Fran Trewyn, please visit Tribute Store
Saturday
15
January

Share Your Memory of
Fran
Upload Your Memory View All Memories
Be the first to upload a memory!
Share A Memory
Send Flowers