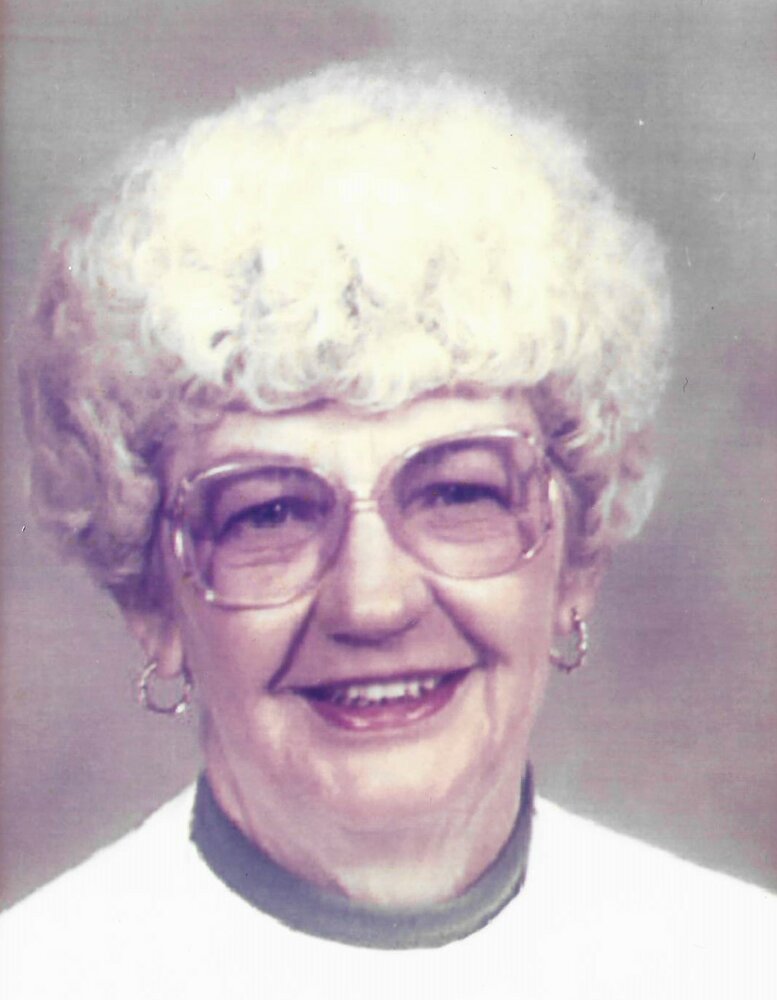 Genevieve “Genny” Ruth (Storck) Goehl, 89, of Whitewater stayed true to the way she lived; She went out on her own terms, in her own home, quickly and decisively on January 7, 2022; Leaving us all to wonder what she had been up to.

Genevieve was born on May 20, 1932 in Richmond, Wisconsin to Emil and Anna (Krueger) Storck.  They farmed and also ran the Whitehill Tavern in Richmond.  Genny attended school in Whitewater, and during the time she was at City High, she met Walter “Wally” Goehl.  Of course, she had to have him, and they married on April 16, 1950.  Together, they had three children; Linda, Barbara, and James Goehl. They farmed in the Milton area until they bought the farm on Highway N in 1963. They also had “city” jobs in the early years.  Genny worked at Whitewater Electronics and then a grocery store until she settled at Sentry Foods.  She retired ater more than 35 years at that store.

Wally and Genny took trips to Florida, and after Wally died in 1991, her many trips were with daughter, Barb, or her sisters.  Her family was very important to her and her social life revolved around family.

Genny loved to bowl and was very good at it, playing in a league for years.  When Arthritis wouldn’t let her bowl anymore, she still was an enthusiastic snowmobiler.  She belonged to both the Whitewater Sno-Seekers and the Koshkonong Club.  As life slowed down, she lived to play golf and would never be seen riding in a cart.  She was an energetic person who only sat still to socialize.  Genny had the cleanest house, the perfect lawn, and she loved gardening and preserving all she grew.  When she could no longer do these things, in her mid 80’s, she tried to keep the family work up to her standards.  All that drove by her once picture perfect home knew that Genny was no longer able to do what she loved.  In the last years, the highlight of her weeks were her bi-weekly trips to town to visit with friends, and get on “The Pool.”  She really loved to win.  Once walking and driving were just getting too hard to do, she mostly gave that up.  She was a proud woman, who really did not want help, and kept her independence to the end.

Genny was a member of St. John Lutheran Church in Whitewater.

Donations may be made in Genny’s name to the Alzheimer's Association.

Funeral services will take place at 12PM on Thursday, January 13, 2022 at Nitardy Funeral Home in Whitewater.  Visitation will take place from 11AM until the time of services.

To send flowers to the family or plant a tree in memory of Genny Goehl, please visit Tribute Store
Thursday
13
January

Share Your Memory of
Genny
Upload Your Memory View All Memories
Be the first to upload a memory!
Share A Memory
Send Flowers