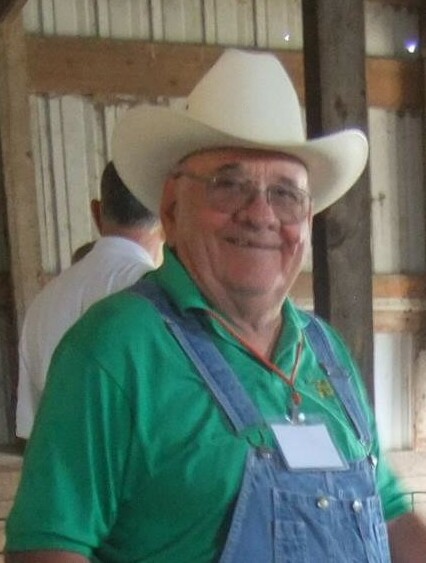 Vernon Joseph Magsamen, 87, of Fort Atkinson, WI passed away peacefully on December 8, 2021. Vern was born in Humphrey, Nebraska, on September 8, 1934, the oldest child of Wilbert and Agnes (Veik) Magsamen.

Vern served in the US Army from January 1955 to November 1956, working as a mechanic at the Great Lakes Naval Academy in Illinois. Returning to Nebraska, he married his sweetheart, Delma Jean Dohse, in Petersburg, NE on April 23, 1957. The newlyweds relocated to Fort Atkinson, Wisconsin. They raised 5 children while Vern continued his family’s farming tradition, working as the farm manager for Jones Dairy Farm. He and Delma joined various card clubs and a square dance club, spending many fun evenings with friends and family. They enjoyed traveling/camping with their children in tow, visiting many states and parks throughout the years while creating wonderful family memories. Vern was also a lifetime member of the Knights of Columbus.

After retiring from farming, Vern worked for the City of Fort Atkinson Parks Department, eventually becoming Parks Foreman. His retirement began in 1998. However, he continued working for the Parks Department as a part-time consultant, spending much of his time overseeing maintenance at the Aquatic Center.

Vern enjoyed RV traveling, grilling, hunting, fishing, westerns, country music, socializing, and napping. A true jack-of-all-trades, he was skilled in carpentry, electrical, HVAC, and mechanics. Never turning down a request from those who contacted him with a need, he displayed his creativity using simple solutions to seemingly difficult situations. Upon retirement, Vern enjoyed life on the road with Delma, driving their RV to meet friends and attend rallies across the country, becoming snowbirds in Florida every winter. Vern was President of the Madison Winnebago Club. Both he and Delma were valued members and made many friends during their adventures. Vern’s love for farming never waned. He critiqued the various crops everywhere they traveled and enjoyed anything related to tractors, especially attending the tractor pull contests at local county fairs.

He was preceded in death by his parents, sister Lois (Herbert) Windl, and granddaughter, Brianna Rose Goldsworthy.

Visitation is scheduled for 11:00am on December 17th at St. Joseph’s Catholic Church in Fort Atkinson, followed by a 12:00pm Mass service and military honors. A lunch will be served at the church following the service.

In lieu of flowers, memorials may be made to St. Joseph’s Catholic Church.

The Nitardy Funeral Home of Fort Atkinson is assisting the family. Online condolences can be made at www.nitardyfuneralhome.com

To send flowers to the family or plant a tree in memory of Vernon Magsamen, please visit Tribute Store
Friday
17
December

Share Your Memory of
Vernon
Upload Your Memory View All Memories
Be the first to upload a memory!
Share A Memory
Send Flowers