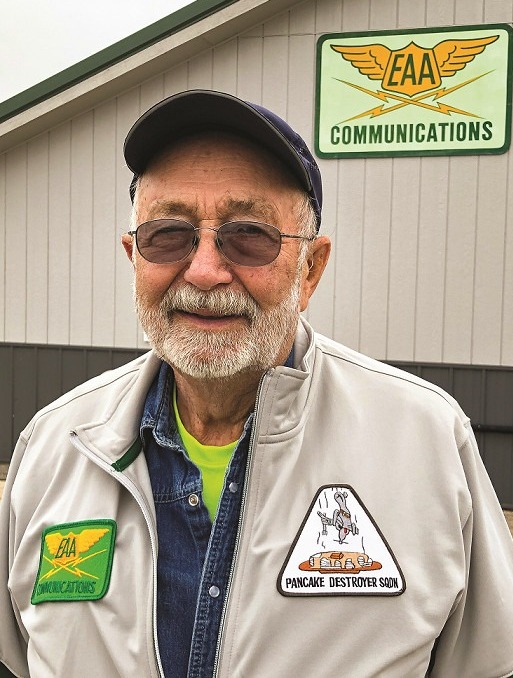 On December 6, 2021, Merwyn (Mert) Taylor “slipped the surly bonds of earth.” Among other things, he was a farmer, aviator, vintner, inventor, and craftsman.

Although aviation was his first love, his wife, Marilyn (Mike) was his true love. They were married for 69 years before her death in 2019. Together, they raised five children: Dianne (Dick) Dunham, Sally (Steve) Watson, Donna (Scott) Allenstein, Steve, (Chelli) Taylor and Frank (Lisa) Taylor. They, along with his 16 grandchildren, their spouses, and 36 great-grandchildren, were his pride and joy. Last August, they all gathered to celebrate his 90th birthday.

Mert learned to fly as a teenager. He loved flying, especially  giving rides to family and friends, introducing them to the joys and freedom of flight. He designed and/or built six planes, one of which is donated to the Experimental Aircraft Association museum. He was an early member of the EAA and proud of his low membership number – 156. He dedicated many years to the association and loved working in the Com Center with his “second family.” In July, his family joined to honor him as a Volunteer of the Year and to place a brick inscribed with his name in Volunteer Park in Oshkosh.

Mert was one of the founding members of the LaGrange Volunteer Fire Department and served as its chief for six years. His legacy lives on in two sons, three grandsons, and two granddaughters who are on the force today.

Mert was born to hard-working parents. He tended the farm that his father, grandfather, and great-grandfather had tended before him. It continues under the good care of son Frank and grandson Eric.

When he moved from the family farmhouse, Mert and Mike built the home of their dreams in the woods – with an airstrip out behind. He loved cutting wood with his sons and stoking the wood-burning stove that heated his house and shop. The woods also provided wood for the saw mill that he built.

Mert loved making wine from his own grapes and sharing it with others. He loved restoring old cars, riding motorcycles, and going on adventures (especially adventures on motorcycles with his kids and friends). His coffee comrades helped him through these last two lonely years without Mike.

Services will be held Sunday, December 12, at Nitardy Funeral Home, Whitewater. Visitation begins at noon with service at 2:00. Burial will follow at the LaGrange cemetery.

Memorials can be made to the LaGrange Volunteer Fire Department and to the Experimental Aircraft Association.

Special thanks for the skill and kindness of  the Aurora Summit Medical Center  trauma team  who worked their hardest to keep him with us.

To send flowers to the family or plant a tree in memory of Merwyn Taylor, please visit Tribute Store
Sunday
12
December

Share Your Memory of
Merwyn
Upload Your Memory View All Memories
Be the first to upload a memory!
Share A Memory
Send Flowers