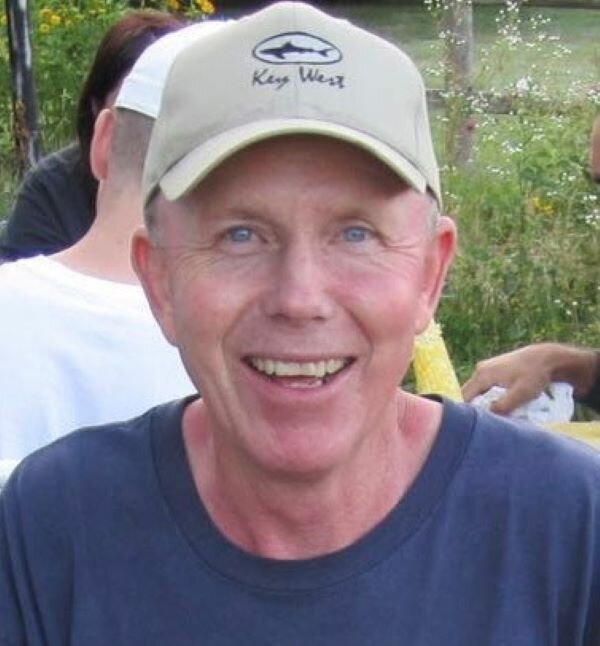 Chuck was born on April 19, 1949 to Stanley and Beatrice (Berge) Allen in Fort Atkinson, WI. He graduated from Cambridge High School and the University of Wisconsin-Madison. At Madison he made lifelong friends and met his (future) wife of 48 years, Mary Jo (MJ) Rigney.

Chuck earned two varsity letters on the UW rowing (crew) team and never lost his passion for rowing or the Badgers in general. He and MJ have been football season ticket holders for over 25 years and remain avid Wisconsin fans and supporters.

After graduation they were married in Madison on December 29, 1973. In the years that followed they lived in New England (near Mary Jo’s family), where their daughter Meghan was born. In 1979 they returned to family and friends in Wisconsin, settling in Milton, where sons Scott and Dan were born.

Chuck had a long and successful career in commercial construction as an estimator, project manager, and general contractor. He was very committed to and proud of his work, and his love of and talents for building carried over into woodworking hobbies, before and during retirement.

Though he was incredibly committed to his professional work, his real life was his family. In addition to being a loving husband, he was a wonderful and proud father to Meghan (Matt) Eliason, Scott (Becky), and Dan (McKenzie). His beloved four grandchildren Trevor and Juliet Eliason, and Gambol and Winnie Allen (with one on the way) brought him much joy and delight. He also loved his many loyal dogs over the years.

Chuck and Mary Jo found delight and adventure in their travels; whether it was visiting their children in different cities and countries around the world or planning regular vacations on their own or with friends. Despite Chuck’s diagnosis with Alzheimer’s disease in 2016, they continued to take many trips each year. Some favorites included New Zealand, Ecuador, multiple European cruises, Disney World, and accomplishing his goal with MJ of seeing all 50 states. They also visited over 15 countries.

Chuck was an avid golfer, playing regularly with Bill on local courses and with the Boyz on their annual outing up north. Fishing, hunting, and other outdoor activities were always high on his list, and he enthusiastically watched and played various sports with his family and friends over the years. Music also played a very special role throughout his life and he loved to attend concerts and plays with MJ and Meghan. Of course, he took the most pride and enjoyment in seeing his own children and grandchildren’s sporting and arts events.

Chuck was known to all as a kind, hard-working, positive guy who always saw the glass half full and lived his life with integrity, honesty, and optimism. He was quick to find joy in all places and frequently used the adjective “special” with a big smile and in the most truly sincere way; the people and activities in his life were always that to him. He would want to remind us all to “always surround yourself with positive people and look on the bright side of life.” He left us too soon and will be greatly missed, but lovingly remembered.

In lieu of flowers, please consider a donation in his memory to the UW Initiative to End Alzheimer's - Greatest Needs Fund (www.supportuw.org/) or Fairhaven Senior Services (www.fairhaven.org/foundation/). Thank you to Fairhaven and Fort Atkinson Memorial Hospital for all his care.

A private family burial will be held at the Deerfield Lutheran Cemetery.

To send flowers to the family or plant a tree in memory of Charles Allen, please visit Tribute Store

Share Your Memory of
Charles
Upload Your Memory View All Memories
Be the first to upload a memory!
Share A Memory
Send Flowers