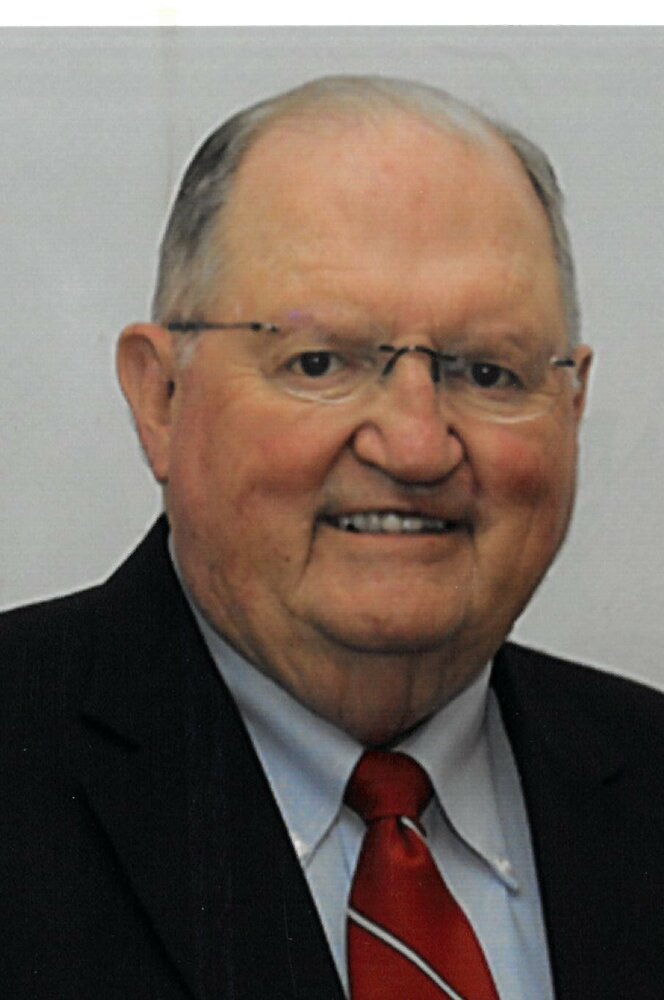 Born on March 20, 1936 in Kilmarnock, Scotland (UK) to William and Agnes Stewart (Manson), much of Jim’s childhood was influenced by the defense of the United Kingdom throughout the entirety of World War II.  Following World War II, Jim, his sister Betty (Wipperfurth), and parents emigrated to the United States in 1950, where they settled in Madison, WI. Jim attended St. Raphael’s grade school and Edgewood High School (Class of 1955), where he met and later married his wife Claire (Hunold). After graduating with a Bachelors of Science degree from the University of Wisconsin – Madison in 1959, Jim was commissioned as a Second Lieutenant in the U.S. Army. That same year, Jim and Claire married, and then immediately proceeded to prepare for their three-year assignment to Jim’s first permanent duty station in La Rochelle, France.  For the next 20 years, Jim would go on to lead a distinguished military career, both at home and abroad. During this time, he would serve two unaccompanied tours in Vietnam where he earned a Bronze Star Medal with Valor. He also served an unaccompanied yearlong tour in South Korea, as well as numerous tours throughout the U.S. with his family. Between 1974-1979 Jim was assigned to the Military Science (ROTC) Program at UW-Whitewater (UWW), where he obtained a M.A. degree (1975) and a M.S. degree (1978). Jim retired from active-duty military service in 1979, having achieved the field grade rank of Lt. Col., US Army (Regular).

Beginning in 1980, Jim became an Assistant Registrar at UWW, where he continued working until retiring as Registrar in 2001. During this same time, in 1982 Jim was elected to represent the Wisconsin State Assembly 32nd District, where his biennial committee assignments included serving on the Children and Human Development; Higher and Vocational Education; and Labor committees. As a State Representative, Jim was most proud of his efforts in passing the Wisconsin Marital Property Act of 1984, which helped to usher in the nation’s first major overhaul of women’s property rights at that time.

Having learned, and fully embraced, the meaning of “selfless service” in the military, Jim was always on the lookout for how he could help others. While Jim had literally been around the world, twice, he called Whitewater his home.  This was never more evident than in 1981 when he decided to run for, and eventually become elected to, the Whitewater School Board, later served as Board President, and continued serving as a member of the School Board until his passing.  Jim would also go on to be elected to serve on the City of Whitewater Common Counsel, and appointed to serve on the City of Whitewater Fire and Police Commission. Years of local service helped Jim to recognize the need for the community to have a dedicated local news source.  As a result, Jim established the WhitewaterBanner.com, which continues to be a lasting legacy of the great pride that he had for the entire Whitewater community.

Jim regularly expressed his gratitude for the support that he had received from so many people throughout the community over the past 59 years.   This was reflected in the great care that Jim took in meeting the needs of others, which extended both near and far, and always centered around strengthening his relationships with family and friends.  Jim especially enjoyed mentoring the next generation of local government and educational leaders, and showing his community pride by supporting both the UWW Warhawks and the Whitewater High School Whippets.

Claire and the entire family would like to give a special heartfelt thanks to the entire staff of ProHealth AngelsGrace Hospice, located in Oconomowoc, WI, for the wonderful care that Jim received.

In lieu of flowers, Jim has requested that those interested, consider making a memorial donation to further support the Jim Stewart Memorial Scholarship Fund being administered by the First Citizens State Bank of Whitewater. Online condolences may be made at www.nitardyfuneralhome.com

To send flowers to the family or plant a tree in memory of James Stewart, please visit Tribute Store
Friday
3
December