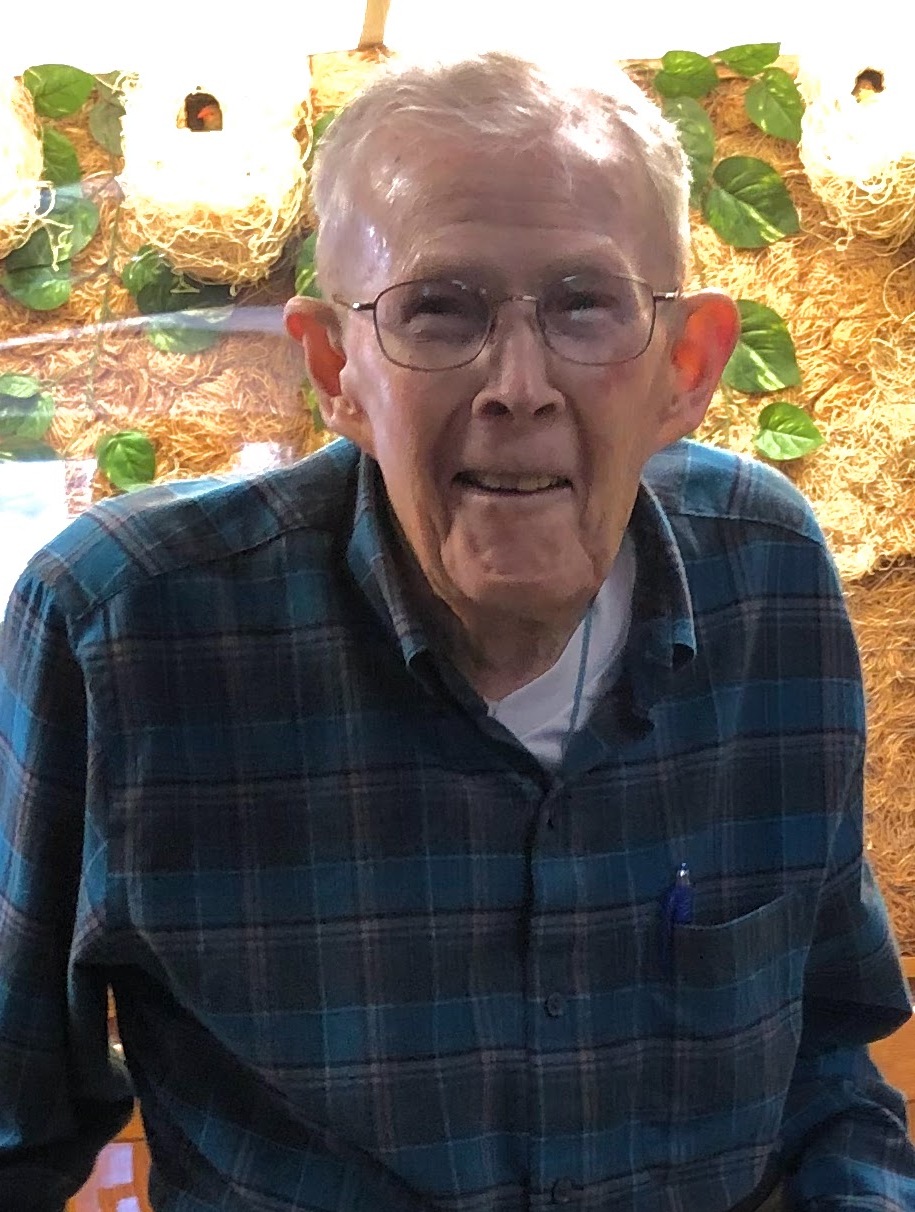 Wendell Dean Swift was born on May 25, 1924, in Singapore Malaysia, and passed away at the age of 97 on Veterans’ Day, November 11, 2021, at Fairhaven Senior Living Center, Whitewater, WI. A memorial service was held at Fairhaven November 15, 2021, for family, residents, and staff , with plans for a Celebration of Life to be held summer 2022 for family and friends.

During WWII, Wendell served in the U. S. Navy, Fleet Air Wing 15, Headquarters Squadron, the North African Theater; then at the Naval Air Station, Sanford, FL.

In the early years of their marriage, Wendell tried his hand at farming. Failing that, he took the skill he learned in the Navy and worked in the aviation industry, first with Boeing in Wichita, KS, then at the U.S. Naval Air Station, Glenview, IL. For the next 26 years, he worked in various capacities in support of the off-road heavy equipment industry. In 1983 he was invited to China for 3 weeks to teach how to maintain the big mining equipment the Chinese were purchasing. He wrote a service manual to accompany him. He retired in December 1985 as Service Manager of the Construction Machinery Division of Bucyrus-Erie Company, after assisting in closing the last CMD manufacturing plant located in Erie, PA.

He held active memberships in the Methodist Church at each place of residence, serving in choirs and on various committees. Presently Wendell was a member of the First United Methodist Church, Whitewater, WI.

He was an active volunteer in many capacities, including Boy Scouts in IL; the Florida Military Aviation Museum; JAARS, the Jungle Aviation and Radio Service in N C.; and Meals-on-Wheels in WI.

In lieu of flowers, the family asks memorial donations be made to The First United Methodist Church, or to Fairhaven Senior Services, both of Whitewater, Wisconsin.

To send flowers to the family or plant a tree in memory of Wendell Swift, please visit Tribute Store

Share Your Memory of
Wendell
Upload Your Memory View All Memories
Be the first to upload a memory!
Share A Memory
Send Flowers