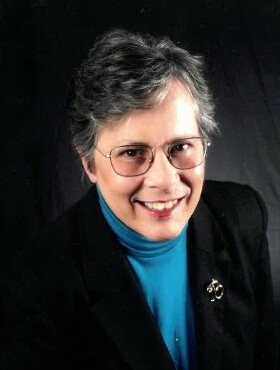 Barbara A. Gross age 77 of Jefferson, WI. Passed away on October 26, 2021 at Sunset Ridge Memory Care in Jefferson.

Barbara was known for many years as “My Tax Lady” doing income tax preparation and bookkeeping. She was a former board member of The National Association of Tax Preparers.

She was on The Woman’s  Missionary League of Bethany Lutheran Church in Fort Atkinson, a 4-H and a Girl Pioneer Leader.

Barbara was preceded in death by her daughter Elizabeth K. Gross, Parents, and a brother Phillip K.  Langholff.

Services will be held on Sunday October 31, 2021 at 3pm at Bethany Lutheran Church, 404 Roosevelt St. Fort Atkinson, WI. Friends may visit with the family from 1:30 pm until time of service at the church.

The family would like to give a special thank you to the staff at Sunset Ridge and St. Croix Hospice and others who have helped her over the years.

Nitardy Funeral Home is serving the family. Online condolences can be made at www.nitardyfuneralhome.com

To send flowers to the family or plant a tree in memory of Barbara Gross, please visit Tribute Store
Sunday
31
October