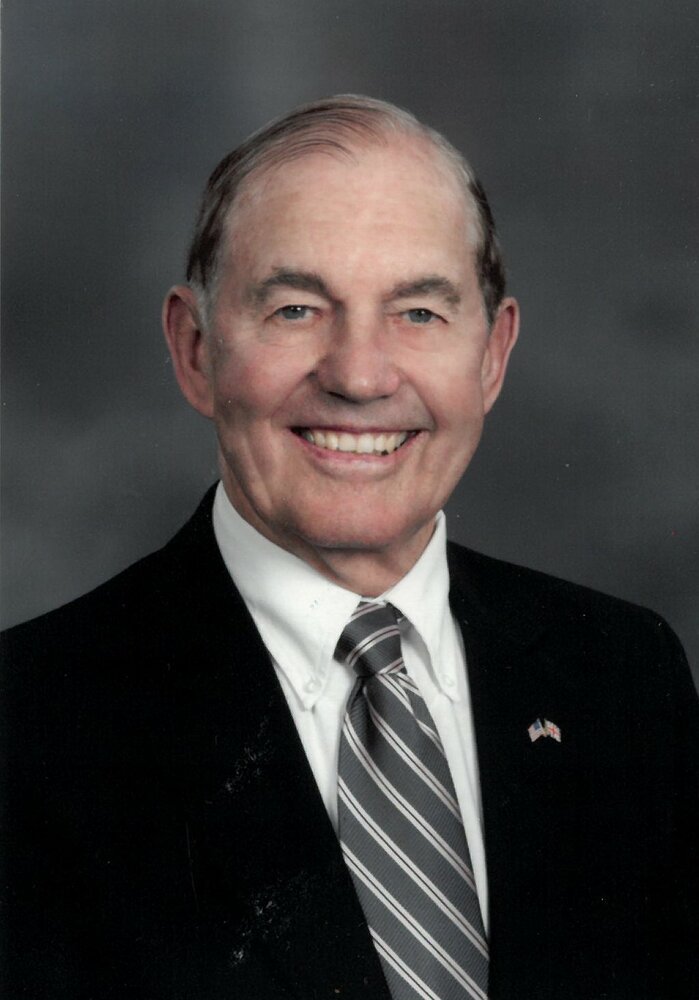 Kenneth H. “Ken” Rowley of Whitewater, Wisconsin died on October 15th, 2021 at the age of 87. Ken was born and lived for 75 years on the family farm in Richmond Township, WI; after which he moved to Prairie Village in Whitewater, WI.

Ken attended eight grades at Finch country school. He graduated from Whitewater City High School and from the Agricultural Short Course at the UW-Madison College of Agriculture. Ken was active in Future Farmers of America and 4-H. He received numerous honors in both culminating in attending 4-H Club Congress in Chicago and receiving the FFA “American Farmer” degree in Kansas City. On June 19th, 1954, Ken married Nancy Wilbur in Whitewater. Four sons were born to Ken and Nancy and they enjoyed 67 years of marriage. Ken was a dedicated farmer, or “agriculturist” as he sometimes said. He was a long-time Farm Bureau member and served that organization as a Director and as County President for many years. The Farm Bureau prides itself on being “The Voice of Agriculture” and Ken vocalized that point of view to many organizations, often the only one there to speak for farmers.

Ken was an active, life-time member of the Methodist Church working on innumerable committees. He served as chairman of the Administrative Council for many years.

Ken is survived by his wife, Nancy; two sons, Kenneth (Debbie) of W.Suffield, CT and Curtis (Sally) of Whitewater; five grandchildren and seven great-grandchildren. He was predeceased by his parents, Harold and Mae Rowley; two sons, Russell and Richard and his sister and brother-in-law Laurene and Bill Keech.

In the Methodist Church in Whitewater, Ken’s life will be celebrated. Pastor Don Norman will officiate at 11:00 a.m. on Thursday, October 21st, 2021 following a visitation from 10 to 11. Interment will be at the Richmond Cemetery following the funeral service.

To send flowers to the family or plant a tree in memory of Kenneth Rowley, please visit Tribute Store
Thursday
21
October

Share Your Memory of
Kenneth
Upload Your Memory View All Memories
Be the first to upload a memory!
Share A Memory
Send Flowers