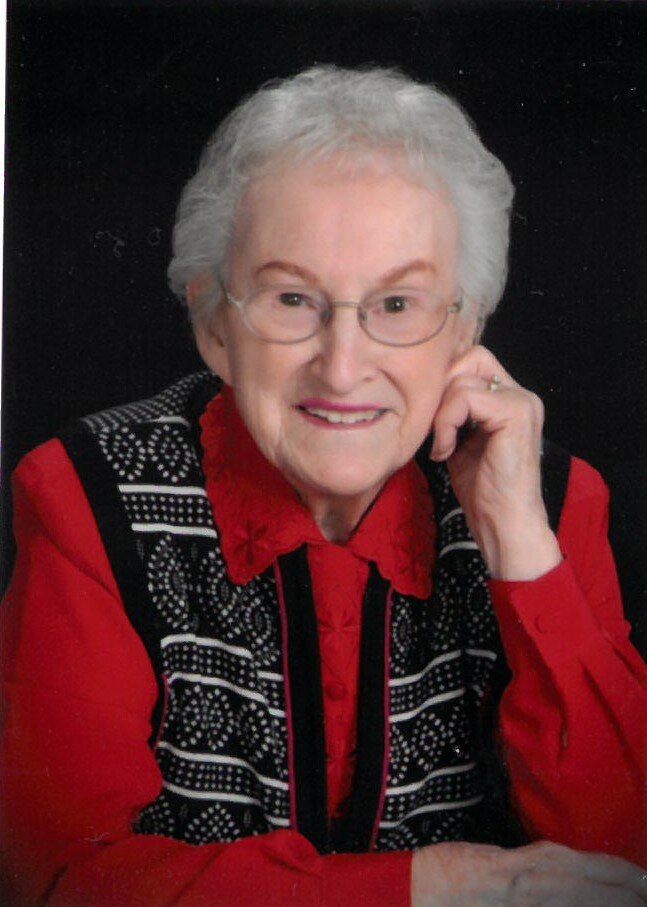 Harriet M. Driessel Carey Van Dreel Andersen (Age: 101 Years), left this earth to be welcomed into the arms of her Lord in Heaven on Sunday, September 19th, 2021.

Harriet was born on August 20th, 1920 in the Village of Barton, Wisconsin, to Dr. Sylvester Driessel and Lauretta (Schmit) Driessel. Harriet was raised in the Village of Barton, attended West Bend High School (Class of 1937), and earned her Registered Nursing degree from Marquette University (Class of 1940). She knew Donald Carey most of her life, as both of their families resided in Barton and were friends. Harriet and Donald were married in February 1942, shortly after Donald enlisted in the US Navy. After WWII, they moved to Milwaukee and started their family. In 1950, they settled in Fort Atkinson and raised their family in the Fort Atkinson/Jefferson area. Donald died in January of 1988, while they were spending their first Winter in Florida, a long-time dream of theirs. Harriet married Jerome Van Dreel in August 1991. They lived their married life in Bowling Green, Florida and Winter Haven, Florida spending the summer months visiting their families in northern and southeastern Wisconsin, until Jerome’s death in 1996. Harriet was married to Olen Andersen in 2001. He passed away in 2004. Harriet continued to live in Winter Haven until moving back to Fort Atkinson in 2008, where she lived for the remainder of her life.

Harriet was predeceased by her parents, her brothers and their wives: Dr. Richard and Margaret Driessel, and Major Sylvester and Irene Driessel, her sister Kathleen and her husband Jerome Holl, and one niece, Nancy Driessel Stearns. She was also predeceased by two stepsons: Donovan (Judith) Van Dreel of Wisconsin Rapids, WI, and David (Nancy) Van Dreel, Tripoli, WI. She was further predeceased by her husbands: Donald A. Carey of Fort Atkinson, WI; Jerome Van Dreel of Tripoli, WI and Winter Haven, FL, and Olen M. Andersen of Holland, MI and Winter Haven, FL.

Harriet loved her family very much and was much loved by them in return, both her natural family and her step family, who remained close to her throughout her life.

Burial will be held privately on a later date.

To send flowers to the family or plant a tree in memory of Harriet Andersen, please visit Tribute Store
Thursday
30
September

Share Your Memory of
Harriet
Upload Your Memory View All Memories
Be the first to upload a memory!
Share A Memory
Send Flowers