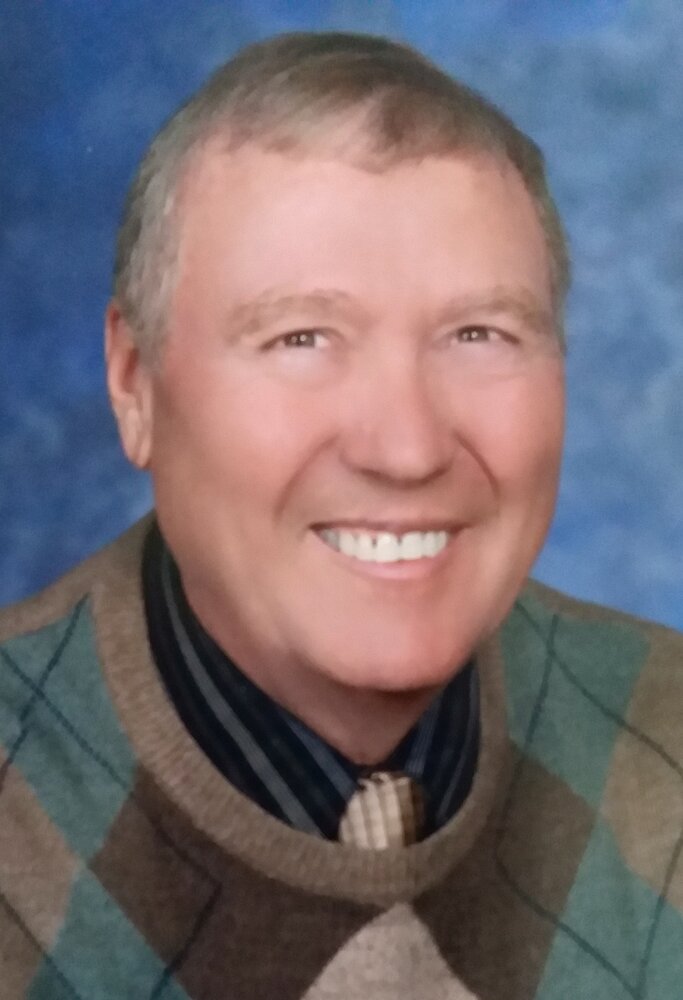 “I waited patiently for the Lord; he bent down and heard my cry….” Psalm 40:1

And, on September 1, 2021 with his family surrounding him, Jim Kleinhans was gently released from the devastating grip of pain, frustration, and isolation brought on as he battled Alzheimer’s dementia over the past five years.

A native of Fort Atkinson, WI, he was born on October 15, 1939. A first generation American, he was the son of John A. Kleinhans who immigrated here from Germany in 1929, and Evelyn Wetzel Kleinhans, heir to a proud family history of those who settled in Jefferson County prior to Wisconsin attaining statehood in 1848.

Jim attended St. Paul’s Lutheran School through the 8th grade and graduated from Fort Atkinson High School in 1957. Jim’s post secondary schooling followed three years spent as a Navy Corpsman at Great Lakes Station in Illinois. He followed his high school basketball coach (Kermit “Doc” Weiske) to Ripon College for two years to play basketball. Subsequent to that, he attended UW-Whitewater for two years and received his B.A. degree in History and Broadfield Social Studies from UW-Stevens Point in 1994.

A lifelong involvement in sports (playing baseball and basketball through high school, college and Navy) and politics led to Jim’s 40-year professional career in journalism, printing and publication. At the request of and under the tutelage of long time Daily Jefferson County Union Editor, Bob Angus, he became a sports editor and reporter in 1964. Subsequently, he served as editor for the Ripon Commonwealth Press, The Lakeland Times in Minocqua, Arcadia News Leader, and the Dunn County News in Menomonie. He was also the senior associate editor at J.J. Keller and Associates in Neenah and an administration officer in the Bureau of Information/Education with the State of Wisconsin Department of Natural Resources.

With a keen interest in environmental issues, Jim also spent a number of years working at the state and county levels, as well as with the National Guard on related matters. He was instrumental in establishing solid waste and recycling programs and served as the Executive Director of Wisconsin’s Radioactive Waste Review Board to ensure that nuclear dump sites were not located here in the state.

Jim’s relationship to sports continued throughout his adult life. It ranged from running the city’s recreation programs, managing the Fort Atkinson Generals to coaching both boys and girls high school basketball and baseball teams. He also spent many years as a WIAA referee and umpire for those same sports. During this period, Jim also spent time as a secondary school teacher in both Wisconsin and Massachusetts where his wife was serving as a Superintendent of Schools.

James S. Kleinhans married the girl he introduced himself to when he was a senior in high school and she was a 14-year-old freshman and new resident in the city, Penelope J. Alwin, daughter of JoAnn and Walter Alwin. They were joined in marriage on December 23, 1961 at St. Paul’s Lutheran Church in Fort Atkinson followed by a reception at the home of the bride on Merchants Avenue, the 23 room former Hoard mansion. Jim and Penny became the proud parents of five children in the next seven years; Tory Leigh, Todd James, Tyrone Alwin, Talitha Jo (T.J.) and Tara Kim.

Jim’s sons, Todd and Tyrone, later followed his path to Ripon College as scholar athletes. His daughters Tory and TJ also received advanced degrees and together these four children have careers as school administrators and school social workers. His youngest daughter, Tara, received her J.D. from UW-Madison and served 20 years as a family practice attorney and corporation counsel in Southwest Wisconsin. Jim and Penny shared great pride in being grandparents and great grandparents to 24 children.

Jim became an important and essential member of a large extended family unit. He is well loved and will be greatly missed by all including his faithful driving companion Mo. A lifetime of fishing leads us to say he’s gone fishin’ once again (esp., for walleyes). The “circle up yonder” is growing and will not be broken and so we say together, “Lord, lettest Thou thy servant depart in peace….” and we will meet again. Pax Vobiscum!

A memorial service to celebrate Jim’s life will be held on Saturday, September 18 at 11:30 a.m. at First United Methodist Church, 145 S. Prairie Street, Whitewater. Visitation will precede the service from 10:30-11:30 a.m. In lieu of flowers, the family has requested that remembrances be made in the form of contributions to the Honor in the Air Project for Captain Scott R. Alwin. Information and donation options can be found at Honor In The Air.

The Nitardy Funeral Home Whitewater, WI is assisting the family.  Online condolences may be given to the family at www.nitardyfuneralhome.com

To send flowers to the family or plant a tree in memory of James Kleinhans, please visit Tribute Store
Saturday
18
September