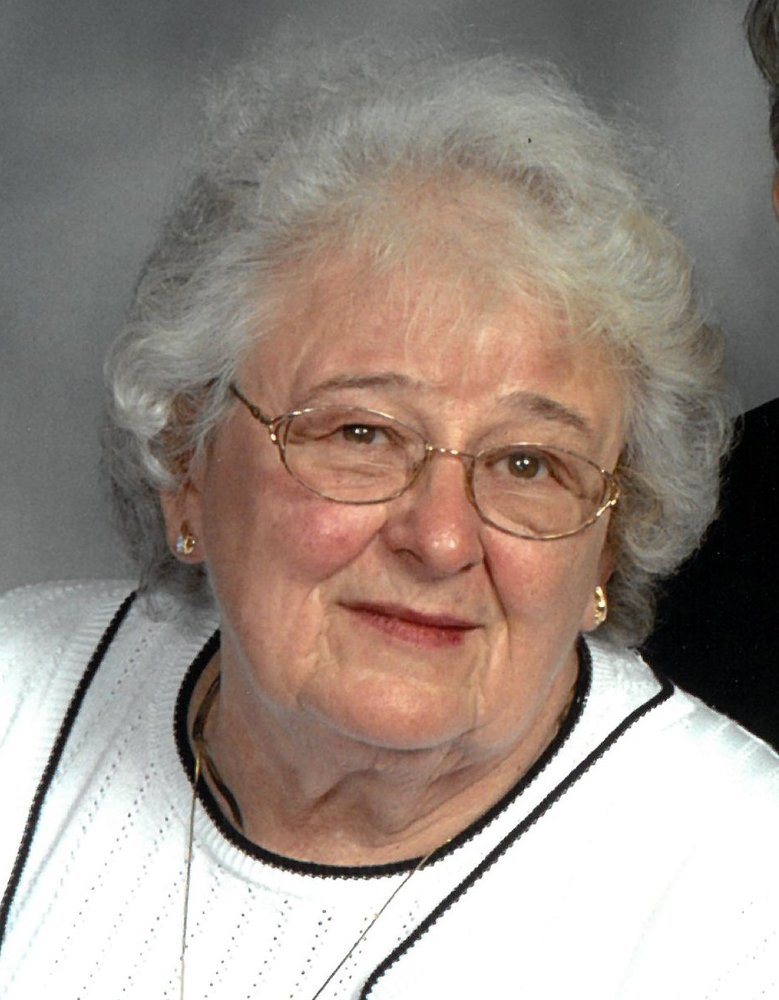 Doris was born on July 26, 1931 in West Bend, WI to Henry and Isabelle Ruhnke.  She graduated from West Bend High School and received her nursing degree from St. Mary’s, Madison.  Doris was employed as a nurse and lived in Denver, CO during the polio epidemic. Doris married Gerald Krueger on May 2, 1959 in West Bend. He preceded her in death on December 28, 2008. They moved to Fort Atkinson where she worked as a nurse at Fort Memorial Hospital in addition to opening Krueger Jeweler on June 26, 1959.

She and Jerry raised two children; Ann, who was born in 1964 with Down syndrome and Paul who they adopted in 1970.  Doris and Jerry were strong advocates for their daughter, Ann, and were active supporters of St. Coletta.  Doris was a member of St. Lawrence Catholic Church and a longtime member of St. Joseph Catholic Church.  She enjoyed gardening and cooking.

Doris is survived by her children Ann Krueger, Jefferson, Paul (Marsha) Krueger, Fort Atkinson; grandchildren Alex and Rachel Krueger.  She was preceded in death by her parents and husband.

As an expression of sympathy you may wish to consider memorials to Rainbow Hospice or St. Coletta.

The family would like to thank the staff at Sylvan Crossing and Rainbow Hospice for their care of Doris.

Nitardy Funeral Home is assisting the family with arrangements. Online condolences may be made at www.nitardyfuneralhome.com.

To send flowers to the family or plant a tree in memory of Doris Krueger, please visit Tribute Store
Saturday
24
July

Share Your Memory of
Doris
Upload Your Memory View All Memories
Be the first to upload a memory!
Share A Memory
Send Flowers