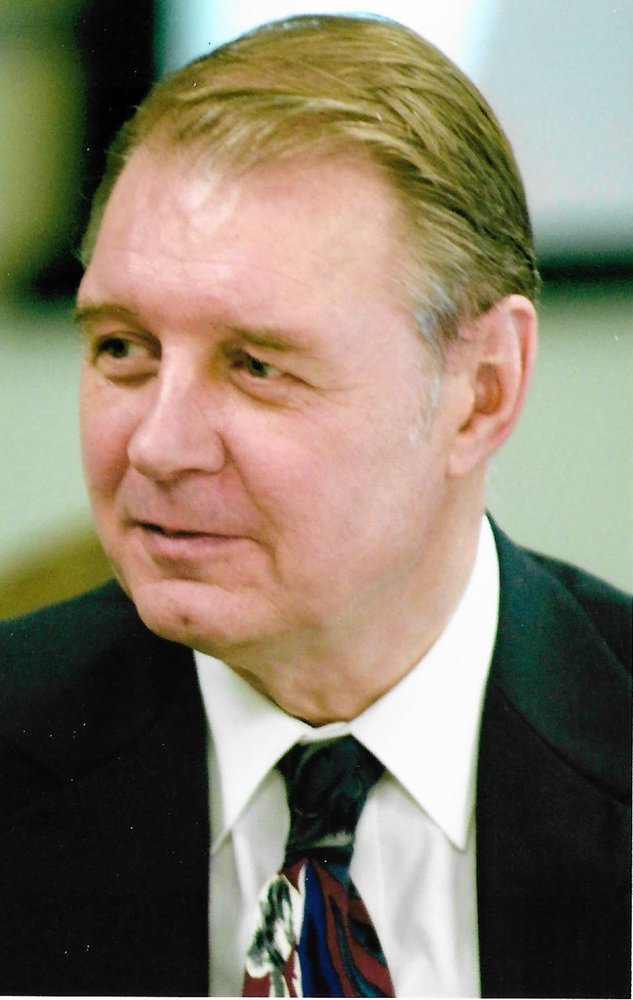 Jeffrey Charles Barnett, 74, of Whitewater, Wisconsin, passed away on January 12, 2021, in the comfort of his home with his loving wife, Barbara, by his side.

Jeff succumbed to the ravages of Lewy Body Dementia, Raynaud’s Disease, and Parkinson’s, and is survived by his wife of 53 years, Barbara; son David Barnett and his wife Heather; sister Nancy Schoppy; grandchildren Matthew Barnett and his wife Emilie, Manda Barnett, Michael Barnett, Mikaela Barnett, and Makenzie Barnett; and great-granddaughter Hallee Barnett.  Jeff was a loving husband, father, grandfather, and friend to everyone who knew him.

He was born on October 24, 1946, in Philadelphia, Pennsylvania, to Charles and Jean Barnett.  He received his bachelor’s degree from Shippensburg University, his Master’s from Bucknell University, and his PhD from Penn State University.  He was an educator his entire life, teaching math and education at Northern Illinois University and Fort Hays State University, where he became Assistant Dean of Education.  In 1989, he moved to Whitewater, Wisconsin, where he became the Dean of the Department of Education at the University of Wisconsin – Whitewater until he retired in 2010.

He loved reading, woodworking, gardening, and camping, but his true passion was martial arts.  In 1985, he took a summer TaeKwonDo program in Hays, KS.  A few months later, he was joined by his wife and son.   In 1987, he earned his black belt.  Over the years, mild-mannered Jeff competed in numerous tournaments, often fighting men much younger and bigger than he was.  After moving to Whitewater, he began a TaeKwonDo program at UW-Whitewater in 1990, teaching the first Beginning TaeKwonDo class.  That program still continues today.  He was the faculty sponsor for the Warhawk Karate Club founded by his son, and that club also still exists on campus.

He and Barb were members of St. Patrick’s Catholic Church in Whitewater, WI.

The family would like to send a special thank you to the people at Rainbow Hospice for their loving care and support for both Jeff and Barb over the last year.  They were kind, caring, and absolutely wonderful, and the family is extremely grateful.

The family would also like to extend their gratitude to Nitardy Funeral Home for being compassionate and understanding during this difficult time.

Visitation will be from 5-7 PM at Nitardy Funeral Home in Whitewater on Friday, January 15.   Funeral services will be at St. Patrick’s Catholic Church in Whitewater on Saturday, January 16.  The viewing will be from 9-10 AM, with the service from 10-11 AM. Memorial donations may be made to the Lewy Body Dementia Association (LBDA.org).  Online condolences may be made at nitardyfuneralhome.com.

To send flowers to the family or plant a tree in memory of Jeffrey Barnett, please visit Tribute Store
Friday
15
January

Share Your Memory of
Jeffrey
Upload Your Memory View All Memories
Be the first to upload a memory!
Share A Memory
Send Flowers