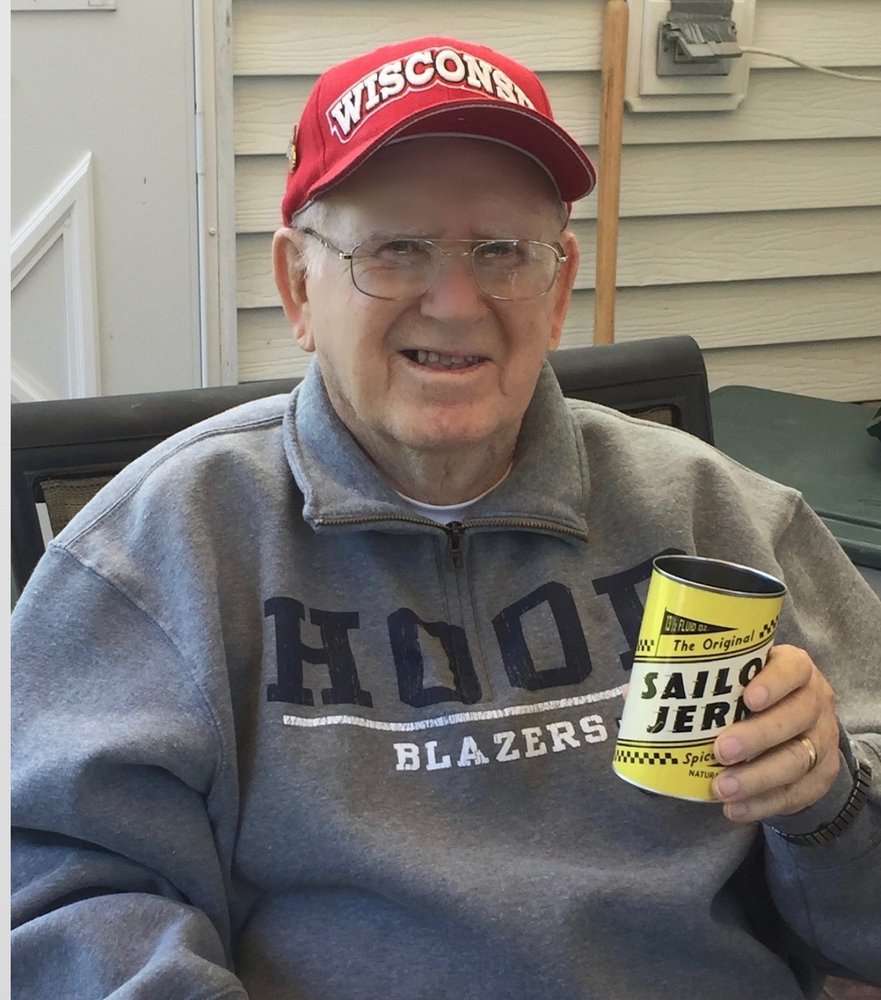 Gerald (Jerry) Odell Olson passed away peacefully in his sleep at the age of 90 on Saturday, October 31, 2020.

Born September 14, 1930 in Madison, WI to the late Myrtle (Fadness) and Gilman Olson, Jerry graduated from Cambridge High School in 1948, turned 18 and joined the United States Navy.  He completed his first tour of duty at the end of WWII and was called back for a second tour during the Korean War.

Jerry obtained his Bachelor’s Degree at the University of Wisconsin Whitewater after his honorable discharge from the Navy.

After starting his teaching career in Elmhurst, IL he met Myrna (Matthies) Olson.  They were married in Honolulu, Hawaii in 1961.  He went on to complete advanced degrees in Education at Northern Illinois University in Dekalb, IL and The University of Illinois Champagne, IL.  Jerry went on to become (and retired as) a District Administrator.

A devoted husband and father, Jerry was extremely loving, kind, and thoughtful.  Throughout his lifetime and in every community he and Myrna resided, Jerry led or was active in community organizations including:  The Lions Club, Jaycees, American Legion, Eastern Star and Masonic Lodge (32nd Degree).

Known for his quick wit and sense of humor, Jerry loved to visit and have visitors.  Anyone who knew him was blessed with a forever friend.  Many gatherings for friends and fellow educators were hosted at the Olson House over the years.

Jerry loved to travel and had a passion for planes, trains, and automobiles. He earned his pilot’s license at the age of 50 and after retiring to Cambridge, WI he and Myrna became very active in the Wisconsin Garden Railroad Society.  In addition to building their own backyard garden railway they traveled with their trains to put on fund raisers and educational events including the annual holiday display at the Milwaukee Mitchell Domes.  Jerry also enjoyed golfing, trap shooting and coffee with the boys at the local bakery and church.

He and Myrna traveled all over the country for 15+ years to join annual reunions with fellow shipmates from the USS G. E. Davis DE357 and other WWII and Korean War Veterans.

Jerry was preceded in death by his sister Betty (Olson) Geary and Lee Olson.  He is survived by first cousin Ron (Mary) Thompson of Lake Mills, WI and a large group of nieces, nephews, and their families.

The family would like to thank Pastor Jerry and Vickie Sims of Grace and Truth Bible Church and the caring staff at London Lodge and Lake Mills Health Services.

Due to COVID restrictions a small service will be held for immediate family members at Grace and Truth Bible Church in Cambridge, WI followed by interment at East Koshkonong Cemetery.

In lieu of flowers, donations may be made to Grace and Truth Bible Church by contacting Pastor Jerry Sims by phone (608) 576-1286 or by mail at:

The Nitardy Funeral Home, Cambridge, WI assisted the family.  Online condolences may be given to the family at www.nitardyfuneralhome.com

To send flowers to the family or plant a tree in memory of Gerald Olson, please visit Tribute Store

Share Your Memory of
Gerald
Upload Your Memory View All Memories
Be the first to upload a memory!
Share A Memory
Send Flowers