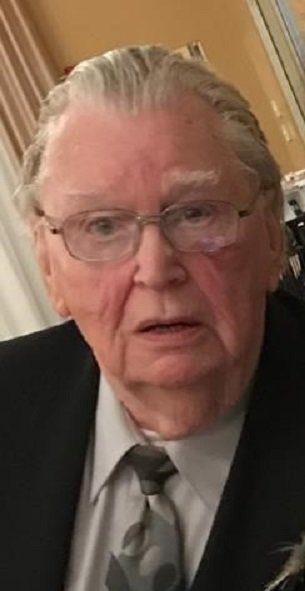 Bill was born on August 12, 1934 in Wauwatosa, WI to Martin and LaVerne (Kocha) Poredos.  He graduated from Milwaukee Pius High School.  Bill married Judith Miller in 1958.  She preceded him in death in 2005.  Bill started working as a pattern maker for Grede Foundry in Milwaukee before moving to Edgerton and working at Alpha Cast Foundry in Whitewater for over 20 years.  His greatest joy was moving his family to the country where he and Judy were able to raise their children on a hobby farm in Edgerton.  Bill enjoyed everything outdoors including fishing, hunting.  He and Judy were also avid wood workers.  He was a member of St. Joseph Catholic Church, Fort Atkinson and was an active volunteer at the church, Second Harvest, and Meals on Wheels.  Bill was a member of the Knights of Columbus.

He was preceded in death by his parents; daughter Kathleen Poredos; and sister Mary-Ann Koenig.

Friends may call at the church on Friday from 10:00am until the time of the Mass. Memorials may be made to St. Joseph Catholic Church.

The Nitardy Funeral Home, Fort Atkinson is assisting the family. Online condolences may be made to the family at www.nitardyfuneralhome.com

To send flowers to the family or plant a tree in memory of William Poredos, please visit Tribute Store
Friday
23
October