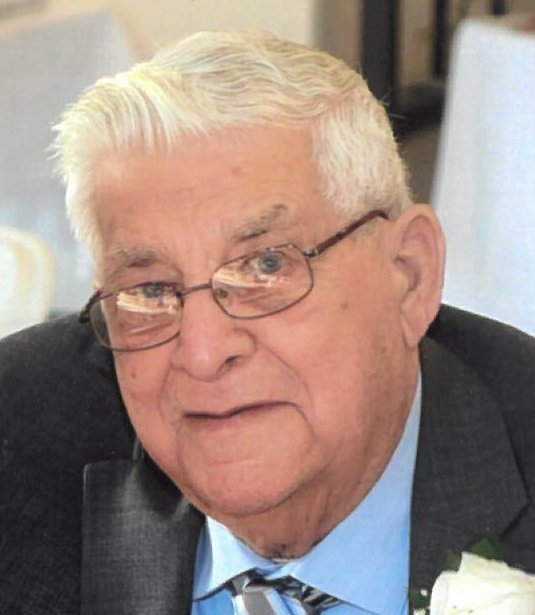 Harold is survived by Darlene, his wife of 69 years.  He is also survived by his son Jerry (Linda) Miles, and daughter Judy (Dennis) Fero all of Whitewater.  He will be dearly missed by his grandchildren Stacy (Charles) Wendt of Cottage Grove, Shelly (Scott) Gaffner of Palmyra, and Scott (Lisa) Fero of Stoughton.  He was a wonderful papa to his great grandchildren Hailey (Brently) Bohn, Kristina (Chet) Trimborn, Sophie Wendt, Sadie Wendt, and Micayla (Kyle) Fero-Stauff.  He recently was told that he would become a great great papa later this year.  He is further survived by his brothers Bill, Ray (Waverly), David (Joanne), Jim (Donna), sister-in-law Marilyn, brother-in-law Ronald Aarstad, and many nieces and nephews.

Funeral services will be held on Thursday January 30, 2020 at Nitardy Funeral Home in Whitewater.  Visitation will be from 9:30 am to 11 am with services to follow.  Burial will be held at a later date.

Harold’s family would like to express a special thank you to the Whitewater Fire and Rescue Squad and Davita Dialysis Center in Fort Atkinson.

In lieu of flowers, the family requests donations in Harold’s name be given to the Whitewater Rescue Squad.

To send flowers to the family or plant a tree in memory of Harold Miles, please visit Tribute Store
Thursday
30
January

Visitation Prior to Services

Share Your Memory of
Harold
Upload Your Memory View All Memories
Be the first to upload a memory!
Share A Memory
Send Flowers