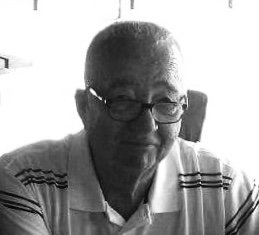 Get Directions
Friday
3
May

Neal was born to Torleif and Ferolyne (Wobschall) Bakken on October 17, 1932 in Red Wing, MN.  Neal graduated from Zumbrota High School in 1950.  He attended the University of North Dakota, Grand Forks for a short time where he was able to play a season of football.  He then joined the National Guard and was stationed in Alabama for a year until an injury cut his service short.  He married Marjorie (Sue) Olson on May 2, 1954 in Zumbrota.  Neal was in the Masonry business for almost 50 years, was considered a true master craftsman and was often in demand for his brick and stonework.  He initially worked with his father at, T. Bakken & Son, but also worked for several other large masonry contractors both as a mason and a project estimator. He truly loved his craft and the art of construction.

Neal enjoyed morning coffee with friends, woodworking where he specialized in making dulcimers, driving his sports cars, and made several trips to Florida, Arizona, the Ozarks and a trip later in life to Norway where his father was born.  He also made annual trips with family to Lanesboro, MN and family reunions at Sugar Creek Bible Camp.

Neal was preceded in death by his brother, Willis, and sister, Cynthia Bakken.

Services will be held at 11:00 on Friday, May 3 at Grace Lutheran Church 501 Skogen Rd. Cambridge, WI. with lunch following the service.  Interment will follow at a later date.  Visitation will be one hour before the service at the church.

Memorials may be directed to Sugar Creek Bible Camp which many of his children and grandchildren have attended over the years or Grace Lutheran Church where he has been a member for over 60 years.

The family wants to thank the excellent care that Neal received from Agrace Hospice and particularly from nurses Tamika and Kara.

Share Your Memory of
Neal
Upload Your Memory View All Memories
Be the first to upload a memory!