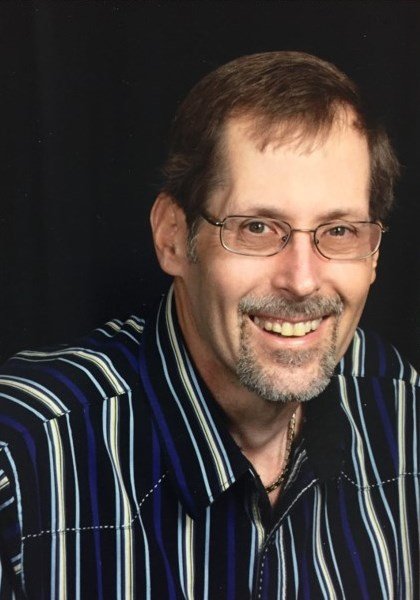 Home now with the Lord after a courageous struggle with complex health issues related to kidney failure.

He was born and raised in Cambridge; accepted Jesus as his Savior as a teen at Bible Camp; graduated from CHS 1974.  He was a Certified Diesel mechanic before earning his Master Electrician license, apprenticing under his dad; and successful business owner of Borchardt Electric for 38 years before retiring in 2018.

Jerry enjoyed going to car shows in his street rod, old-time rock & roll, southern gospel music, & downhill skiing.  He met his future wife on a ski trip to Schladming, Austria through a Milwaukee Christian group, ProBuColls (Professional/Business/Collegiates).  They got engaged on the top of Copper Mtn in Colorado, and on December 1, 1990 Jerry married Patricia (Gregorcich) and they built a home in Cambridge.

They made a great team, assisting his wife with her photography business in many ways, including wedding video services.

Together they enjoyed skiing, golfing, and traveling around the country on their motorcycle, and later in their motorhome with annual trips to Bristol, TN where lasting friendships were made serving as ‘resident electrician’ at a church-turned-campground on race weekend benefitting its youth ministry.

They also enjoyed watching nascar races, and traveling to Arizona twice a year as snowbird-wannabees.

Jerry always remembered to wish a happy birthday to all the people he had in his phone contact list.  He enjoyed visiting people, and though a man of few words, he had a keen listening ear.  He will be greatly missed by many for his crispy fried egg breakfasts, and his master grilling skills at family cookouts and steak dinners.

He attended Willerup UMC, active in ministries including serving as usher, and most appreciatively- volunteering his snow plowing services for several winters.

Just recently he and his wife moved to Arizona to enjoy their retirement years.

Funeral Services will be held at 11:00AM on Saturday, April 13, 2019 at Willerup United Methodist Church, 414 W. Water Street, Cambridge, WI.  Burial will follow in the Lake Ripley Cemetery, Town of Oakland, Wisconsin.

A very special thank you to Dr. Robey and her staff at FMC in SCW; and most recently to nurses:  Rhonda, and Amanda for their dedicated loving & compassionate care.

Memorials in lieu of flowers can be given to Willerup UMC Youth, Cambridge Fire / EMS, or a charity of your choice in Jerry’s name.