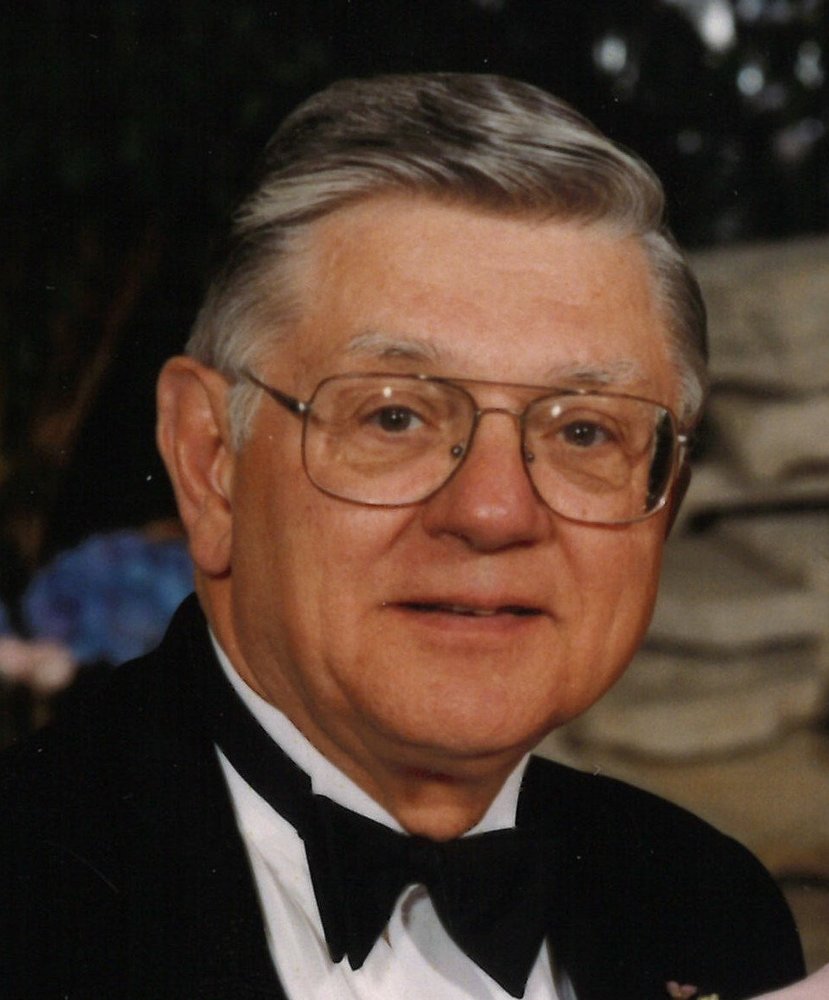 Robert Joseph Karczewski, DDS, 87, of Johnson Creek passed away peacefully on Sunday, February 7th, 2021 at the Rainbow Hospice Inpatient Center in Johnson Creek, WI surrounded by his loving family.
“Dr. Bob” was born on February 20th, 1933 in Milwaukee, Wisconsin to Bernard and Jeanette (Bykowski) Karczewski. In his youth he helped with the family meat market business on the near south side of Milwaukee and attended South Division High School. He attended Marquette University where he was honored with induction into the Alpha Sigma Nu Jesuit Honor Society. He wrestled on the varsity squad as a freshman and was a proud member of the M-Club. He then attended Marquette University School of Dentistry, graduating in 1957 and again was honored with induction into Omicron Kappa Upsilon Dental Honor Society. He married Judith Arlene Guss on September 27th, 1958. He served in the United States Air Force from 1957-1959.
Robert was a true professional. He ran a private practice of dentistry in Milwaukee for 38 years and was a proud faculty member at Marquette Dental School for over 40 years. He was a strong proponent of organized dentistry and was a member and leader of many dental organizations and study clubs, most notably the Milwaukee Odontological Academy and the Dental Forum of Milwaukee. He was the 1993 Distinguished Alumnus in Dentistry at Marquette. He served on the medical staffs of both St. Luke and St. Francis hospitals in Milwaukee. Robert was also involved in the Rotary Club of Fort Atkinson, the Knights of Columbus and a leader in the Boy Scouts of America.
Robert was an accomplished musician, playing both the piano and his beloved accordion, leading his extended family in many sing alongs. He was a great student of history, particularly of the American Civil War, participating in numerous reenactments as a surgeon in the Union army. He was a longtime member of the Society of Civil War Surgeons.
Robert is survived by his wife Judy, Johnson Creek; his children Julie (Jeffrey) Sidello, Michael (Kate) Karczewski, Joey (Carla) Karczewski and Brian (Julie) Karczewski; his grandchildren Robert (Jenna) Karczewski, Peter (Tara) Karczewski, Andrew (Alison) Karczewski, Joseph Sidello, Benjamin Karczewski, Megan Karczewski, Anna Sidello, Jonathan Karczewski, James Karczewski, Thomas Karczewski, and William Karczewski. He is also survived by his Aunt Margaret Przybyla of Oak Creek, WI. He is preceded in death by his parents; step-mother Lottie (Ornowski) Karczewski; sister Delphine Karczewski and many other loved family.
A visitation will take place at 10 am until 12 pm on Saturday, February 20th at Nitardy Funeral Home, 1008 Madison Ave, Fort Atkinson, WI 53538. This will be followed by a private mass of Christian burial and interment.
Memorials may be made to St. Gabriel the Archangel Parish, 602 College Street, Lake Mills, WI  53551.

To send flowers to the family or plant a tree in memory of Robert Karczewski, please visit Tribute Store
Saturday
20
February