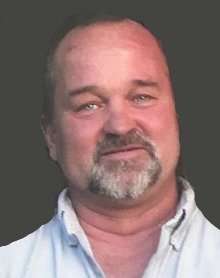 Curt was born on August 27, 1960 in Waukesha, WI to George and Carla (Witthoft) Anderson.  He attended Whitewater High School.  Curt served his country in the National Guard.  He was employed as a foreman with Balestrieri Environmental Development.  Curt’s personality was larger than life.  He could fix anything.  Curt loved fishing, hunting, camping, was a horseman and a woodsman.  He enjoyed nature and animals.  Curt took great pride in maintaining his yard in showcase condition.  He loved his shop where he would repair small engines and do wood work.  Friends and strangers would appear looking for mechanical help from Curt. The former barn, now his shop was his man-cave where friends, family and neighbors would gather.  He loved to cook and grill.  Sadie, his black lab was always at his side.  Gina was his soulmate, sharing his life for the last 15 years.

To send flowers to the family or plant a tree in memory of Curt Anderson, please visit Tribute Store