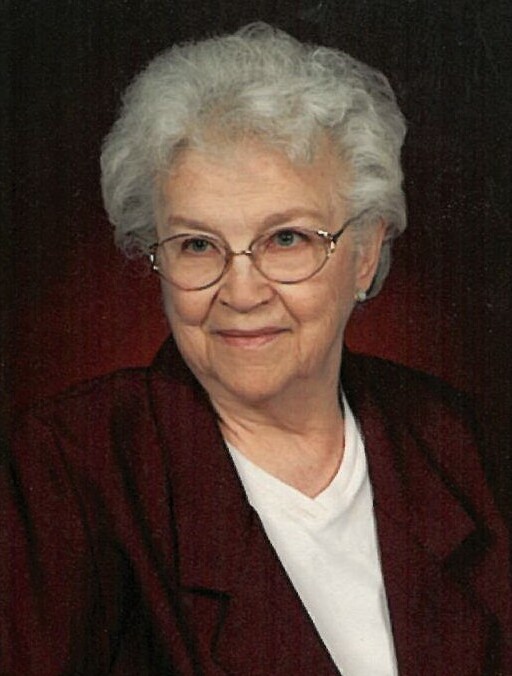 Evelyn F. Reiner passed away at home on Tuesday, November 29, 2022, surrounded by loved ones. She was born Evelyn Mae Frazier on August 15, 1925 to William and Bertha (Grover) Frazier in Valton, WI.

Evelyn graduated from Reedsburg High School in 1942 as salutatorian and a year early. She went on to UW Madison with a Bachlor of Science degree in Library Science and Art. In that time she married James Humphrey. They had two children, Lynda and John. They divorced and later she married Francis Reiner.  Evelyn helped Francis run the heavy equipment business. She continued on for seven years after Francis's death until retiring in 2008. Evelyn enjoyed her travels around the world with her husband through LICA. She was a member of a Homemakers Club, a bowling leauge and attended the Cambridge Presbyterian Church. Evelyn was a hard worker. In earlier times, she was a secretary for many years including Oscar Mayer offices for 15 years. She was a secretary to Professor Jas. Villemonte, UW Civil Engineering. Evelyn became a real estate broker and taught art to many students in Reedsburg, Wonewoc and Hillsboro, WI School systems.

Piano playing was one of Evelyn's accomplishments. She enjoyed spending time with family and friends. Letter writing was always important and she was good at it. Evelyn loved animals!

Evelyn is survived by her daughter Lynda Baldwin; her children Micheal (Jessica) and grandchilren Eliana and Michael; Jamie (Lance) and grandchildren Judah and Lucus; Jessi Lynn; and Ira (Ashley) and grandchildren Beck, Evie, Brit and Lilla; her son and caregiver for many years, John Humphrey; Francis's children: Joyce Chipan and family and Ruth (Charles) Gildersleeve, children of Kathleen O'Connell and family. Evelyn is further survived by her nephew Rob (Kim) Frazier and family, sister-in-law Helen Reiner, a special daughter-like friend Mary Ann (Jerry) Learned, and caregiver and friend Jenna Sole and other family and many friends.

There will be no funeral service per Evelyn's wish.

Memorials can be made to the Presbyterian Church of Oakland/Cambridge or the Salvation Army.

The family would like to thank Rainbow Hospice for all they did to help us take care of Evelyn at home!

To send flowers to the family or plant a tree in memory of Evelyn Reiner, please visit Tribute Store

Share Your Memory of
Evelyn
Upload Your Memory View All Memories
Be the first to upload a memory!
Share A Memory
Send Flowers