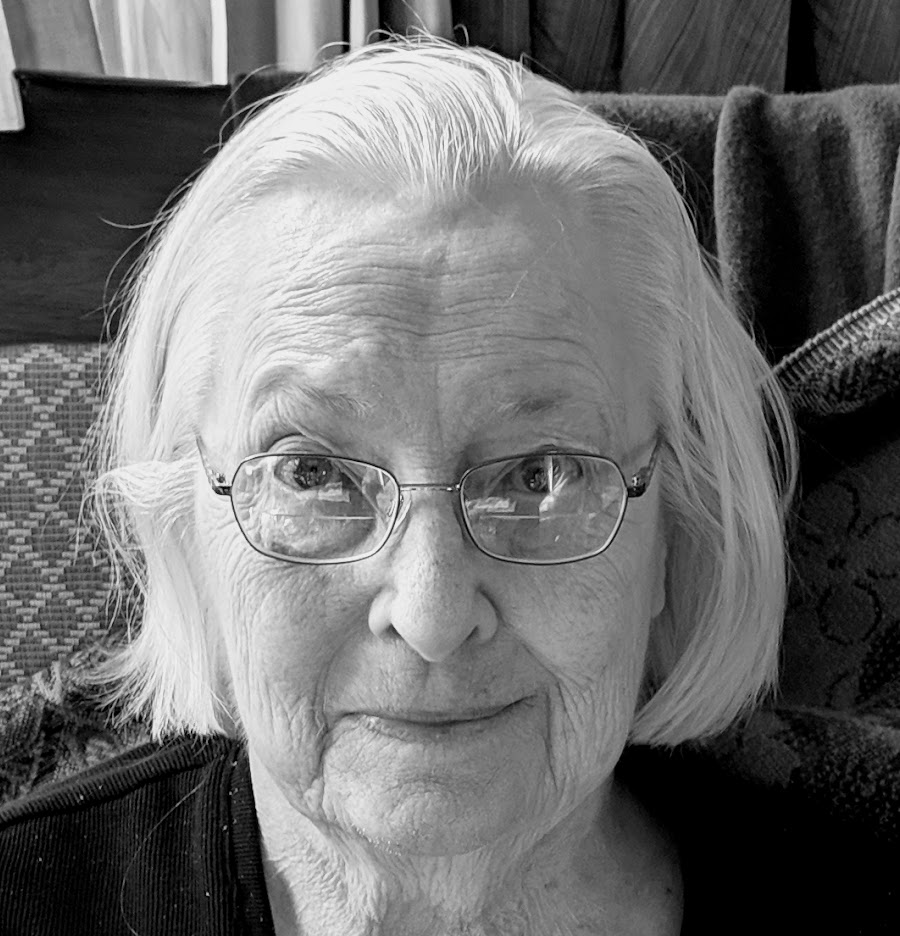 Marjorie M. Williams nee (Marge) “Moddy” Moen, aged 92, of Cambridge, Wisconsin, passed away on Thursday, December 1, 2022 after a peaceful decline. Marge was predeceased by her parents, Cordelia Jerdee Moen from Deer Park, WI and George F. Moen from Cambridge, WI and her brother, Richard (Dick), and his wife Dorothy (Dot), from Milwaukee, WI.

Marge graduated from Cambridge High School in 1947 and attended the University of Wisconsin – Madison. While there, she met Justin Williams, Jr. from River Falls, WI and was soon married and over the course of their marriage, had four children. After he graduated from UW – Madison, he joined the Marine Corp as an officer. Marge then experienced life as a mother and a military wife in Virginia, California, Hawaii and then, again, in Northern Virginia.

She completed her baccalaureate degree in education at George Washington University in Washington, D.C. in her mid-thirties and moved to a 50-acre piece of land in Winslow, ME at age 40 with her two youngest children.  She continued to teach in Maine and was known as a gifted remedial reading teacher at Benton Elementary School. Marge became a Quaker and attended Vassalboro Friends Meeting and later, after returning to Wisconsin, the Religious Society of Friends Meeting in Madison.

Marge embraced the ‘good life,’ learning from her neighbors and rural elders; she inspired many young people with her active search for alternatives to the military-industrial complex. In her nearly twenty years in Maine, Marge lived close to the land and practiced organic gardening. She boiled maple sap on the woodstove in the kitchen and was, in her words, “a notorious pie-baker,” to say nothing of her donuts, whole wheat bread and fresh goatmilk yogurt and granola. She left Maine just as the Morrill Road was being widened, the maple trees cut, and electricity introduced.

Back in Wisconsin, Marge continued to read avidly, garden organically and enjoy live music; she volunteered on an organic farm in New Zealand when she was in her seventies. After she stopped gardening in her mid-eighties, Marge’s garden on City of Madison land, was turned back into lawn - - but the ‘Black Oxford’ apple tree, grapes and rhubarb remain.

She is survived by her ex-husband and their twins: Jenny Crain and Justin Williams, III of Madison, WI and Eureka Springs, AR respectively; Kirsten van Gelder and her husband, Nicolas of Cambridge, WI and Tess White and her husband, Matthew of Aurora, CO. She is also survived by two grandchildren: Clover Stein of Breckinridge, CO and Jesse Williams of Athens, ME and two great-grandchildren: Asher and Ari Stein of Breckinridge, CO.

Nitardy Funeral Home, Cambridge is serving the family.  No services will be held at this time.

To send flowers to the family or plant a tree in memory of Marjorie Williams, please visit Tribute Store

Share Your Memory of
Marjorie
Upload Your Memory View All Memories
Be the first to upload a memory!
Share A Memory
Send Flowers