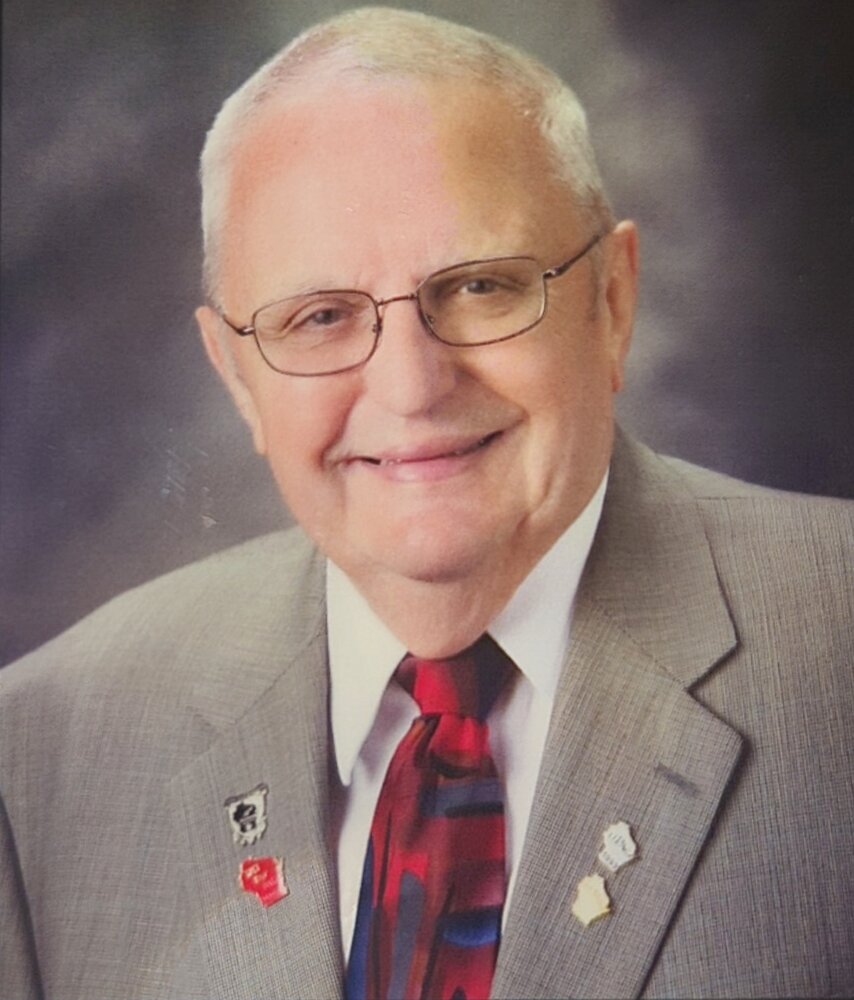 Dennis was born on April 26, 1942, in Madison WI to Wesley and Agnes (Natvig) Salverson. He served his country in the United States Army from 1962-65 and was a proud member of American Legion Post 173. On August 19, 1967, he married Mary Bjerning in Twin Lakes Wisconsin. He graduated from UW-Whitewater in 1969 with a degree in Business Administration, and in 2014 was inducted into the UW-Whitewater Athletic Hall of fame. Dennis was self-employed for 56 years, owning several bars and restaurants. To him, the Salvo brand meant putting the customer first; Salvos in Lagrange and Salvos Coyote Grill are well-remembered. Dennis was a member of The Walworth County and The Wisconsin Tavern League, where he was state director. In 2017 he was named Tavern League of Wisconsin Member of the Year, as well as the American Beverage Licensees Retailer of the year in 2018. He was president of The Whitewater Jaycees, as well as the Lions Club. He enjoyed snowmobiling, playing euchre, and traveling. He and Mary finished their quest to visit every state in 2010, along with several European trips.

He is survived by his wife, Mary of Whitewater; sons, Kevin (Gina) Salverson of Lake Mills WI, Kurt (Jill Dahlke) Salverson of Mauston WI; grandchildren Kourtney, Wesley, and Klaudia Salverson, Owen, and Madelynn Parrish. Further Survived by siblings James (Barb) Salverson, Ann (Lamar) Johnson, Mary (Jerry) Schwenn, and Nancy Fitzsimmons, sister-in-law Jan Monfeli and brother-in-law Eugene Bjerning. He was preceded in death by his parents, parents-in-law Kenneth and Ruth (Bernau) Bjerning, sister Donna Salverson, brother-in-laws Mike Fitzsimmons, Bob Monfeli, and sister-in-law Patricia Bjerning. Funeral services will be held on Monday, October 24, 2022, at 12:30 pm at First English Lutheran Church 401 W. Main St. Whitewater, WI 53190. Friends may call at the Nitardy Funeral Home 550 N. Newcomb St. Whitewater, WI on Sunday, October 23, 2022, from 2:00 - 5:00 and on Monday at the church from 10:30 am until the time of the service. A special thank you and love to Rainbow Hospice nurses, CNAs, and staff for their care. As an expression of sympathy, you may wish to consider memorials to the First English Lutheran Church or to American Legion Post 173. Online condolences may be made at www.nitardyfuneralhome.com

To send flowers to the family or plant a tree in memory of Dennis Salverson, please visit Tribute Store
Sunday
23
October

Share Your Memory of
Dennis
Upload Your Memory View All Memories
Be the first to upload a memory!
Share A Memory
Send Flowers