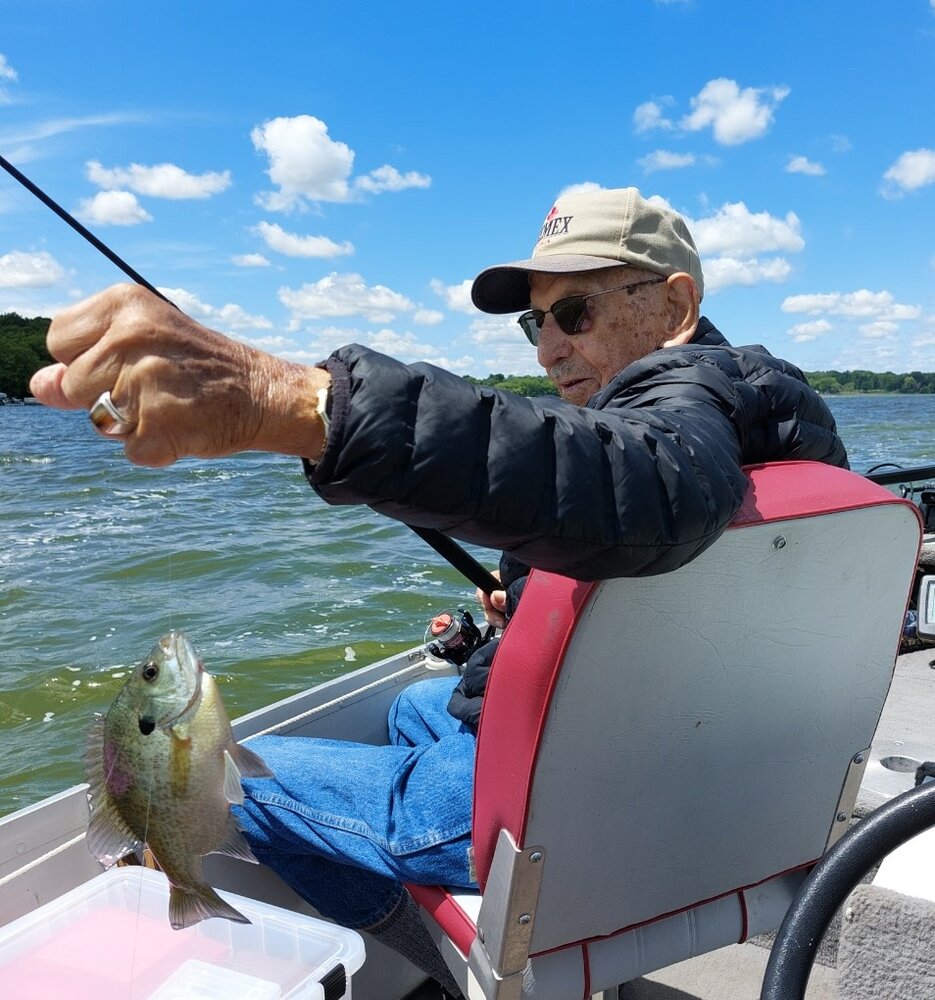 Obituary of Myron A. Newcomb

Mike was born on November 18, 1923 in Lakewood, WI to William and Magdalene (Fonferek) Newcomb.  He graduated from Fort Atkinson High School in 1941.  Mike married Ilse Heyse on August 18, 1945.  She preceded him in death in 1994.  Together they raised 3 sons, Jeff, Scot and Peter, in the house that Mike built on Wilcox Street in Fort Atkinson.  His second marriage was to Betty (Hartman) Bullock.  She preceded him in death in 2012.

Mike was a hard-working, well-known man in Fort Atkinson.  He owned the Standard Station on Main Street and gave personal service to all who came in, before the advent of “self-service”. After selling the business, Mike was employed by W.D. Hoard & Sons for 33 years, before retiring in 1985.  He was head of maintenance and kept the printing presses and the farm operation in top shape and was a trusted friend to Bill and Mary Hoard.  Upon retirement, he helped his family and friends with many building and wood-working projects.  He contributed his talent to building the cabinetry in the new St. Joseph Catholic Church and school in Fort Atkinson, partnering with Dale Marquardt for almost a year.

Being raised in Lakewood, WI with his 6 siblings, he learned to live “off the land”.  He never gave up his love of fishing, hunting and long-distance motorcycle trips with his friends.  He fished Lake Ripley with his son, Jeff, just 4 weeks before his death at 98, catching 12 bluegills.  He was a member of the Knights of Columbus, the Conservation Club, and was a Boy Scout leader for many years.  His focus was always on his family, whom he loved dearly, and his faith in God.  He prayed with his rosary daily and kept those in need in his prayers.

He is survived by his children, Jeffrey (Virginia), Scot (Margaret Polk), daughter-in-law, Pamela and step-daughters Bonnie Smith,and Rebecca (Dan) Schultz, 7 grandchildren, 13 great-grandchildren and 2 great-great grandchildren.  He was preceded in death by his parents, son Peter and all 6 siblings.

A Memorial Mass will be held at St. Joseph Catholic Church in Fort Atkinson on Tuesday, September 13, 2022 at 12:00pm  Inurnment will follow in the Lakeview Cemetery.  Friends may call on Tuesday,  from 11am until the time of the service.  In lieu of flowers, memorials may be made to St. Joseph Catholic School or to Rainbow Hospice.  A special thanks to those who cared for Mike in his departure from this life into eternal life.

Nitardy Funeral Home, Fort Atkinson is assisting the family.  Online condolences may be made at www.nitardyfuneralhome.com

To send flowers to the family or plant a tree in memory of Myron Newcomb, please visit Tribute Store
Tuesday
13
September

Share Your Memory of
Myron
Upload Your Memory View All Memories
Be the first to upload a memory!
Share A Memory
Send Flowers