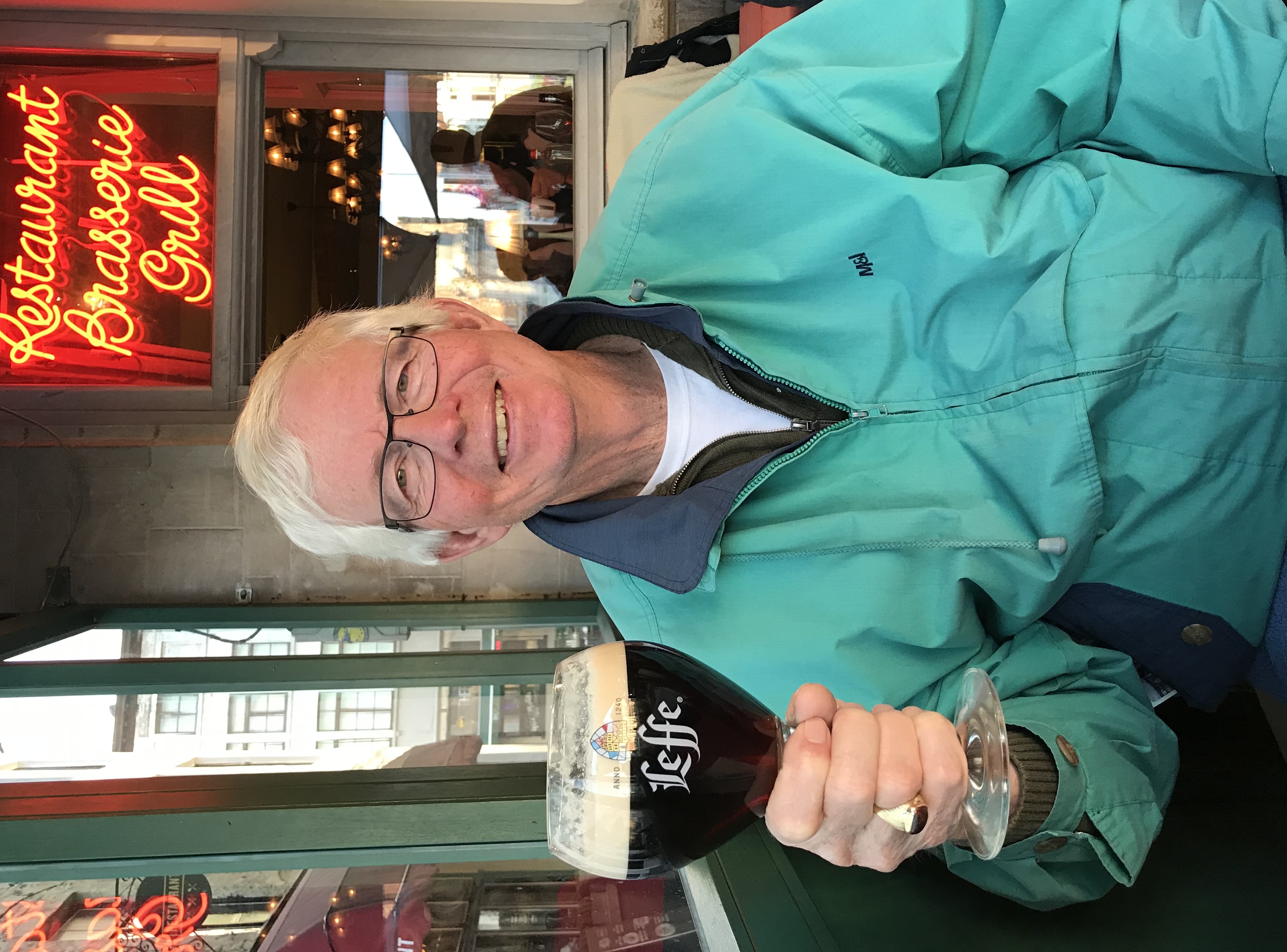 Dr. Richard Francis James, 78, passed August 18 at Glenwood..  He was born August 2, 1944, to Dr. Carl and Frances James in Eureka, Kansas.  He had an idyllic childhood building race cars and hunting on the James farm and in Western Kansas.  He was president of his 1962 high school senior class, and he presided over class reunions through 2017.  He enrolled at Emporia State University and was president of the Sig Taus.

In June of 1966, he enlisted in the Air Force.  He was promoted to sergeant and named munitions and maintenance man of the month.  His tour included Vietnam, Korea, and Japan where he built and loaded bombs.  After his discharge, he completed his bachelor’s degree.  He was then hired by the newly opened Shawnee Mission NW High School in Kansas City, Kansas.  In 1974, Kansas named him Outstanding Young Educator.

After earning his master’s degree, he resigned his position at Shawnee Mission but continued to attend reunions of the original faculty.  He then began his doctoral program at Northern Illinois University where he met Marcia when she joined the program in 1976.  He received the Lyle Maxwell Award while at Northern.  After marrying Marcia, he accepted a tenure-track position at UW-Whitewater.  He received the college and university service awards for his prairie reconstruction efforts.  He and Marcia received the Vocational  Instructional Materials Award at a national convention after they authored Microcomputer Applications in Business.  He also received the Freedom’s Foundation Leavey Award for his two-day Mini Business World experience where business people, teachers, and students would work together to create a business.  The Wisconsin Business Education Association recognized him as their Outstanding Postsecondary Educator in 2002.

Finally, Rich helped bring the Programs of Excellence Award to UW-Whitewater three times!  He sang in First English Lutheran Church choir and played baritone in Fort Atkinson’s Community Band for 25 years.  He played golf and made wine with many friends.  He and Marcia traveled extensively. He participated in two Badger Honor Flights.  He is the original owner of a 1964 corvette, which was driven in the Whitewater Fourth of July parade from 1979-2019.  He continued to hunt, oversee his Kansas farmland while being dad to Griffin (Katie) and Logan and grandad to Canon and Reed.

He was preceded in death by his parents, brother, and six Brittany spaniels.  He is also survived by his sister and many nieces, nephews, and former students.  Marcia and sons would like to thank the staff at Glenwood, Agrace Hospice, Dee Simon, fellow golfers and Pastor Wendt, who faithfully visited.  Please send any contributions to the Dr. Richard F. James Marketing Education Scholarship, UW-Foundation, 810 W. Main Street, Whitewater.

The family will greet friends of Richard’s on Saturday, August 27, at 10 AM at First English Lutheran Church in Whitewater. A service will follow at 11 AM. A luncheon will follow the service at Willow Brook golf club.

To send flowers to the family or plant a tree in memory of Richard James, please visit Tribute Store
Saturday
27
August