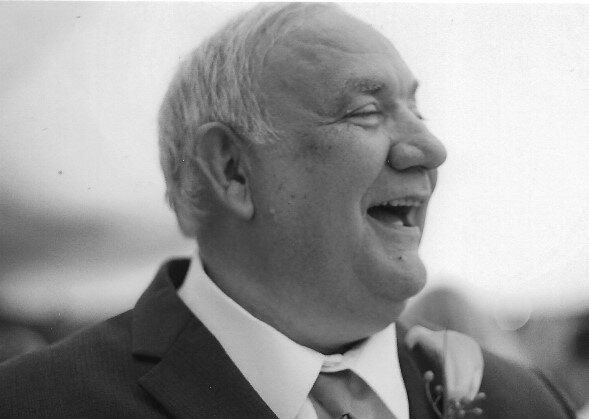 Bill was born on March 5, 1946 to John and Agnes (Kilburg) McCarthy in Clinton, Iowa, the fourth of five children.  He was raised on a farm in Spragueville, Iowa, and attended a one room school house for his first 8 years of school.  He loved telling people he was valedictorian of his class, adding that he was also the only student in his class.  He attended Preston High School in Preston, Iowa, and went on to earn a bachelor’s degree in Business Education from the University of Northern Iowa, and a Masters Degree in Business Ed with a specialty in marketing from the University of Iowa.

He taught advertising at Kirkwood Comm. College in Cedar Rapids, Iowa, was the Vocational Education Coordinator in the Dubuque Public Schools, managed a federal project at Fox Valley Technical College in Appleton and then became executive secretary of the Wisconsin Vocational Assn. It was through the Technical College system that he met his wife, Marian Timmerman.  Marian and Bill were married on June 27, 1981, and welcomed their daughter, Sara, three years later.  Bill considered Sara our greatest gift, and was a devoted father.

Always a salesman at heart, Bill moved on to work for a school supply company which allowed him to be in every school system in Wisconsin, and also allowed him to informally scout prospective recruits for his beloved University of Iowa.  Many of the recruits and their families became lifelong friends.  He also was an Amsoil dealer for thirty years, through which he also developed a wide circle of friends.

Bill was passionate about civic causes, whether it was noise abatement walls along highway projects, supporting the local Fire and EMS referendums, or establishing an Endowment for the Arts through the Cambridge Foundation.   He was also passionate about his family.  He and Marian regularly attended grand nieces and nephews sporting events and musicals, and welcomed summer visitors at the lake house.  He spent endless hours teaching young anglers to fish, and giving pontoon boat rides.

Bill is survived by his wife Marian, daughter Sara McCarthy and husband Nick Irving (Milwaukee), sisters Jeanette (Leland) Lane, of Preston, Iowa, and Betty (Mike) Hogan of Waverly, Iowa, and nieces and nephews all around the country and world.  He was preceded in death by his mother, father, sister Sarah Ringen,   brother Bernard McCarthy, and nephew David Ringen.

A Celebration of Life will be held Saturday, August 27, 2022, 1-3pm at the Nitardy Funeral Home, 208 N. Park St.  Cambridge, WI, 53523.  Refreshments will follow at the Keystone Grill 206 W. Main Street, Cambridge.  Bill requests that everyone come with a joke or story, not necessarily about him, to share with others.

Online condolences can be made a www.nitardyfuneralhome.com

To send flowers to the family or plant a tree in memory of William "Bill" McCarthy, please visit Tribute Store
Saturday
27
August

Share Your Memory of
William "Bill"
Upload Your Memory View All Memories
Be the first to upload a memory!
Share A Memory
Send Flowers