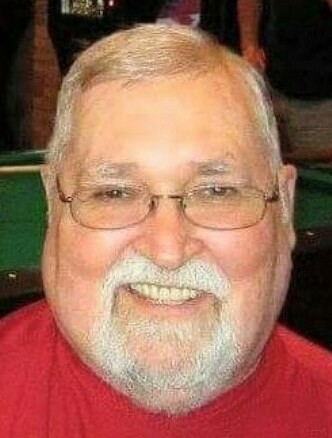 Roger Frederick "RB" Bottlemy, age 80, passed away peacefully Friday May 27, 2022 at Meriter Hospital in Madison with his family by his side.

Roger was born August 23, 1941 in Watertown to Gordon F. and Dorothy L. (Layman) Bottlemy. He graduated in 1959 from Fort Atkinson High School and continued to live his entire life in Fort Atkinson. He was a purchasing agent for Nasco and retired in 2004 after 42 years of service.

Roger had a love for anything sports related. He was a star athlete for Fort Atkinson High School and lettered in baseball and basketball. He was being recruited by several Major League Baseball teams early in his high school career.  He had an opportunity to play basketball against some the Green Bay Packer greats of the '60's as part of a traveling league and also played an exhibition baseball game with baseball hall of famer Satchel Paige.  Another highlight was when he got to met his idol baseball hall of famer Bob Feller of the Cleveland Indians.

When he wasn't watching sports he loved to be outdoors sitting on his deck. He had a love for nature, flowers, mowing, fishing and his cats.

He was preceded in death by his parents and sister Sheila Bottlemy.

A memorial visitation will take place on Monday, June 6, 2022 at Nitardy Funeral Home in Fort Atkinson from 4pm until 7pm. The family encourages guests to wear casual sports attire to showcase Roger's love of sports.

Donations can be made in Roger's honor to Humane Society of Jefferson County.

Special thanks to his long time neighbors, all the staff at the Fort Atkinson Dialysis Center and the Drs and nurses at Meriter Hospital.

Nitardy funeral home is assisting the family with arrangements. Online condolences can be made at www.nitardyfuneralhome.com

To send flowers to the family or plant a tree in memory of Roger Bottlemy, please visit Tribute Store
Monday
6
June

Share Your Memory of
Roger
Upload Your Memory View All Memories
Be the first to upload a memory!
Share A Memory
Send Flowers