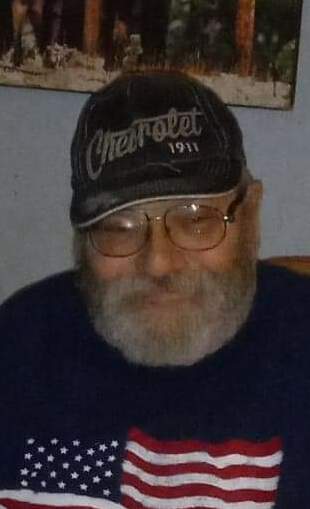 Dave was born on January 29, 1954 in Chicago to Sidney Simmons and Dorothy (Huff) Ludwig.  He grew up in Illinois and later moved with his sister, Paulette and Wallace Gordon, to Florida.  He returned to Wisconsin in 1968 and graduated from Fort Atkinson High School in 1972.  Dave drove semi to transport furniture, which he truly enjoyed.  Later, he worked at Generac for over five years. In 1983, Dave met the love of his life, Tena Frye, and they married in 1994 at Hebron Community Church.  After retirement, Dave worked part-time at Thiesen’s for a little over a year.

He enjoyed camping, mowing lawns, helping family work on automobiles, building models, puzzels, playing cards while camping, gardening-especially planting tomatoes, and playing with his cats and dogs which he looked at as his children.

Dave was a member of the West Bend Kettle Kampers and the Wisconsin Camper Association.

A donation can be made in Dave’s name to the American Heart Association.

A memorial service will take place at 7PM on Friday, June 3, 2022 at Nitardy Funeral Home in Fort Atkinson.  A visitation will take place from 5PM until the time of service.

To send flowers to the family or plant a tree in memory of David Ludwig, please visit Tribute Store
Print
Friday
3
June