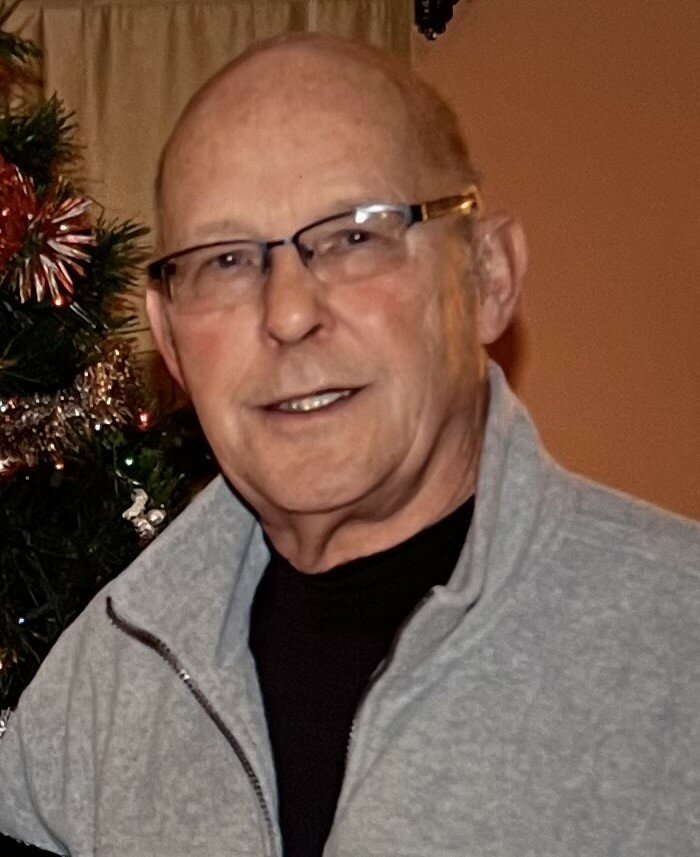 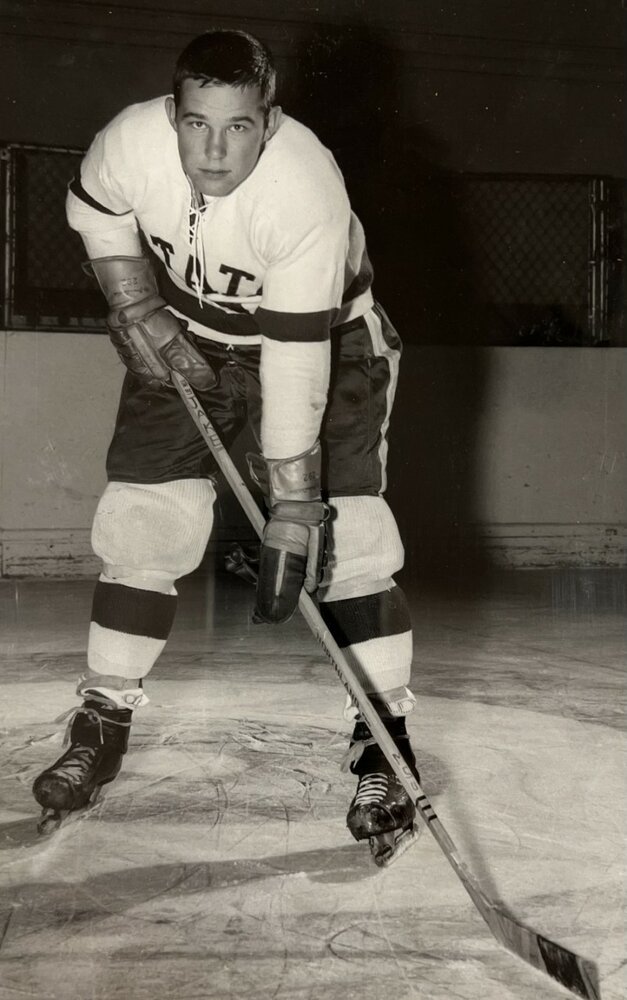 James Allen Jacobson, 80, of Whitewater, WI passed away on Saturday, March 12th , 2022 at Fairhaven Nursing and Rehab in Whitewater, WI.

Jim was born on February 20th, 1942 in Marquette MI to Albert and Madeline Jacobson. He is survived by his wife Patricia Bureau Jacobson of Whitewater, WI, two sisters Judy Cook of Big Rapids, MI and Nancy Nelson of Golden Valley, MN, three daughters Colleen (Steve) Hebert of Whitewater, WI, Tammy (Steve) Fisher of Elkhorn, WI, and Wendy (Rich) Schneller of Oconomowoc, WI, eight grandchildren, one great granddaughter, and many nieces and nephews. He was preceded in death by his parents Albert and Madeline and his brother Ron Jacobson.

Jim lived his young years in Marquette, Michigan, where he played football, baseball, and senior hockey. He did not have any high school hockey background, but he received a Warrior Hockey scholarship to Michigan State University in East Lansing. After graduation, he went on to play in the US hockey league for the Green Bay Bobcats and the Marquette Rangers.

He later taught high school and coached the track and basketball teams at Eben High School. He eventually received the Mott Foundation fellowship to get his masters in Flint, Michigan. Jim then went on to work in community education, becoming a principal in Hilbert, Wisconsin, and coaching the football team there. From there he became the junior high principal for 25 years in Whitewater, Wisconsin. His final education years were spent in Adams Friendship, Wisconsin, as a high school principal.

After retirement, Jim enjoyed going hunting with friends, working at the Whitewater food pantry and serving on its board. He also served on the church council at First English Lutheran Church and headed the Meals on Wheels program for several years. Helping out with ushering was a big part of his life. He loved to travel, play tennis, and play hockey until he was 70. He was instrumental in setting up senior pickleball for the Whitewater senior center.

The family would like to express their gratitude to all the doctors and nurses who worked with him as he battled MDS. In lieu of flowers, donations in Jim name may be made to the Whitewater Food Pantry, First English Lutheran Church, or Agrace Hospice. No funeral will be held in honor of Jim’s wishes. A celebration of life is planned for June 4, 2022 from 12 to 3pm at Prairie Village community center 925 Burr Oak Trail,  Whitewater, WI. Please join us in celebrating Jake.

To send flowers to the family or plant a tree in memory of James Jacobson, please visit Tribute Store
Saturday
4
June