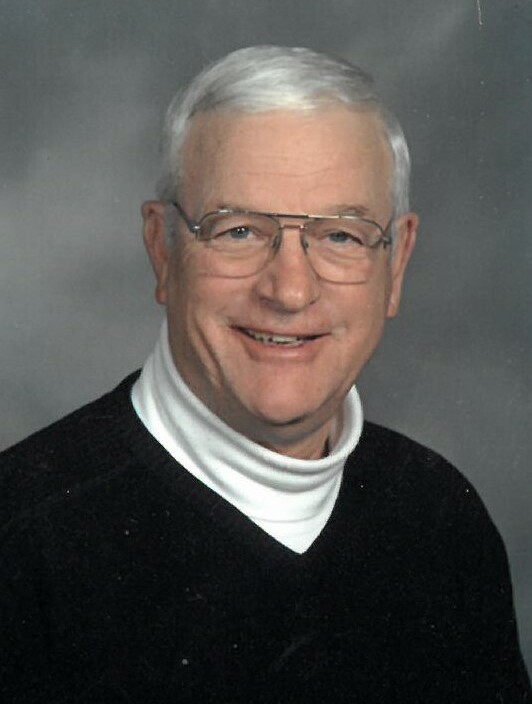 John J. Holford, 88, of Whitewater passed peacefully on Saturday, March 5, 2022 at his home surrounded by his loving family.

He was born on August 4, 1933 as a twin in Beloit, WI, the son of deceased Elmer and Marie (Gibbons)  Holford. John attended the Whitewater Campus School, graduated from College High School in 1951 and earned nine letters in football, basketball, softball and track. He also played the cornet in the band, at several community events and with Jake Catania's Dance Band at Whitewater Lake Inn. A rare and first time occurrence was when John and his twin brother, Jim, were named College High's twin Junior Prom Kings in 1950.

After completing four years in the United States Air Force as a Link Trainer and Simulator Instructor testing military pilots in radio aids for navigation, John earned his Bachelor's Degree at WI State Teacher's College, Whitewater in 1960.  He also earned his Master's Degree in Math and Science from the same university in 1969.

John's teaching years began at Pecatonica High School, IL, then Clinton High School, WI, and finished teaching Chemistry at Burlington High School, WI for 28 years.  All of John's Chemistry classes learned that "All roads lead to the mole!".  John also worked one year as a Detail Representative with the UpJohn Pharmaceutical Company in southeastern Iowa.

Favorite pastimes of John's were pheasant hunting with his Brittany Spaniels and fishing Wisconsin lakes.  Yellowstone Lake and the Mississippi River were his favorite fishing and camping destinations.  John's favorite expression was, "Give a man a fish and you feed him for a day.  Teach a man to fish and you feed him for a lifetime."   For many years, John traveled to Maulers, France to visit his three older grandchildren and family where they all enjoyed many summer activities. Discovering the little hamlet of Holford in England was a particular surprising highlight of one of their many adventures. Being of Irish Descent, John also enjoyed his driving trip around Ireland researching his Irish heritage.  Packing the car and taking an extended driving trip out west through many Colorado sites, Disneyland, San Francisco and the Redwoods in California  was a trip his own children will always remember. After retirement, just taking a drive discovering new country roads was a fun pastime. Along the way, you would often hear John listening to classical music, Big Band tunes or hits from the 1950's era. Reading historical novels was also a lifetime pleasure along with being a loyal fan of the  Whitewater Warhawks, Green Bay Packers and Wisconsin Badgers. And, a good day was joining his early morning  friends at McDonald's for coffee and conversation.  John was a member of the St. Patrick's Church, the Knights of Columbus and the  American Legion Post #173.

John married Carol Jones in 1960.  Four children and five grandchildren survive him, Michael (Mary) and their twins, Meghan and Grace from Janesville, WI, Theresa (JeanLuc) from La Crosse, WI and their children, Caroline, Matthieu and Anna, Thomas (Sally) from Salida, CO, and Peter from Whitewater..  John is also survived by a twin brother, James (Theresa) of Lake Geneva, WI, and a sister, Veronica Hanauer of Shawano, WI.  A sister, Johanna Wilke of West Bend preceded him in death.

The family would like to express their gratitude and thanks to Marquardt Home Health, Marquardt Hospice and all the special caretakers, Yolanda, Patricia, Brenda and Ashley for their kind and caring attention to John and comfort to the family during John's last months at home.

A Memorial Mass will take place at 11AM on Saturday, April 30, 2022 at St. Patrick Catholic Church in Whitewater.  A visitation will take place from 9AM until the time of mass. You may attend the mass virtually at https://client.tribucast.com/tcid/1359752021

In lieu of flowers, memorials in John Holford's name may be made to St. Patrick's Church or to support pediatric oncology at American Family Children's Hospital:

To send flowers to the family or plant a tree in memory of John Holford, please visit Tribute Store
Saturday
30
April

Visitation prior to mass