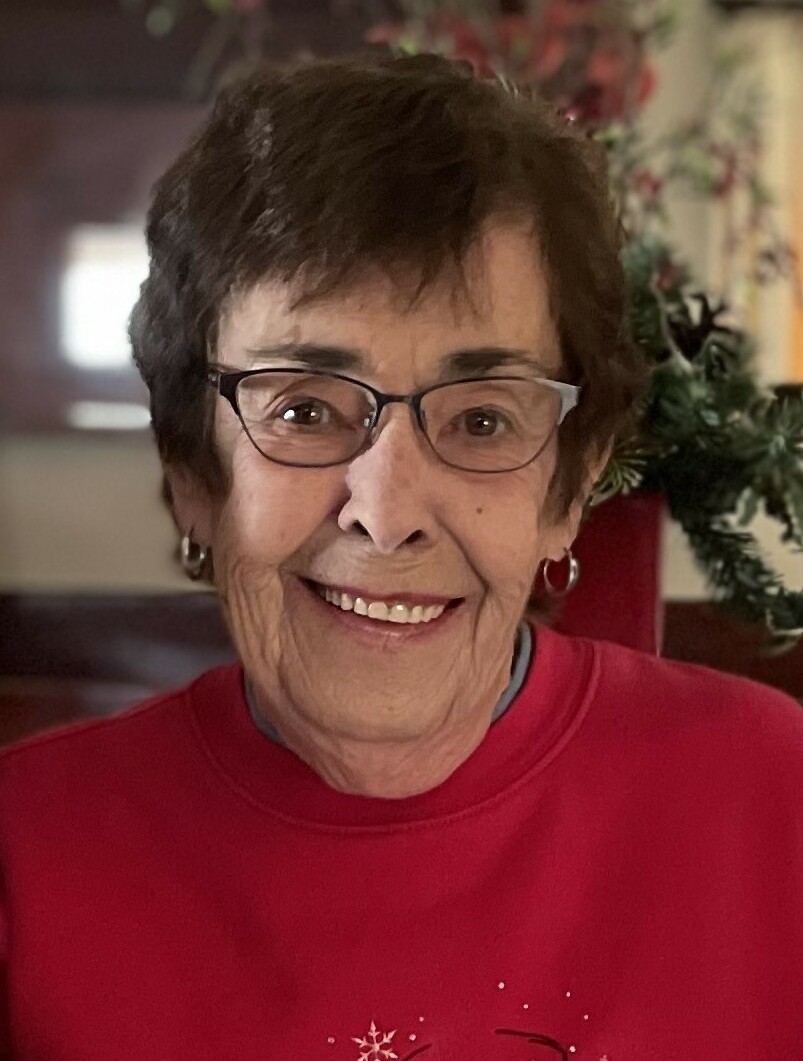 Patricia Ann Dillin, 79, died unexpectedly February 7, 2022 at her home. Patricia Fietzek was born on October 29, 1942 in Oconomowoc, Wisconsin to Jake and Edna Fietzek. She was baptized at St. Paul's Episcopal Church in Jefferson. She was joined by brother Roy Fietzek in 1947. She grew up in rural Helenville as her Father worked with the Northwestern Railroad and her Mother worked at Hartwigs Poultry Farm in Johnsons Creek. Family was very important and the lessons she learned from her parents she shared with her own family later in life. She graduated from Jefferson High School in 1960. She decided to move to Milwaukee to learn skills to become an administrative assistant after graduation.

She returned to the area where she met the love of her life Rodney Dillin. They were married on November 10, 1962 at St. Peter's Episcopal Church in Fort Atkinson. They enjoyed anything that involved their family and friends. She was incredibly proud of her only child James. She was a stay at home Mom until he entered first grade earning Kindergarten Homeroom Mom of the Year. She worked at the Jefferson County Nursing Home and then a nursing home in Fort Atkinson for 42 years. Her outgoing personality and care for others made her perfect for helping others in all the jobs she held and she retired as a Physical Therapist Aide. She was recognized for her volunteerism in her work including planting gardens and organizing activities for her residents on her own time. She volunteered for anything involving her son's sports, school, or activities whenever needed. As her son grew, her house was open for any of his friends or classmates to stop by. When a group would stop over, she was always willing to feed the group at a minute's notice, which was no small task. If there was someone in need, she would make sure they were taken care of. It was always a highlight of her day to run into Jim’s classmates and friends and listen to their stories and successes in life.

She enjoyed working in her garden, being active and being outdoors whenever she could. It was rare to see her sitting down or sitting still. Holiday meals at her brother's house with his family were always a highlight of the year and she always appreciated his help through the years. Rod and Pat bought a camper in the mid 1980’s and began to camp with her good friends Chuck and Shirley Hulbert. They were especially happy at Willow Mill Campsite in Rio, Wisconsin and the memories of the laughs from those trips and friends they met there continue to live on. She enjoyed meeting her son's co-workers in Mauston and attending various Mauston High School sports and staff events.

In 2003, she paused her career to care for her husband at home as he fought terminal cancer. She was the rock of the family and always kept telling everyone to keep their heads up. After Rodney passed in 2004, she went back to work and volunteering. She became Grandmother to Russell and Andrew a few years later. A master at back scratching, making eggs, fishing, coloring, and almost anything the boys wanted to try, she was game and they loved her for it. As they grew, she loved watching them play sports, be around the water, seeing pictures and talking with them about their adventures, and watching them serve as “ Hydration Specialists” for the Mauston High School Basketball team. She also enjoyed her trips to the northwoods to sit on the dock and fish bluegills with her favorite towel used to take the fish off the hook. She continued to be a great neighbor and enjoyed her evening phone calls and visits from her brother Roy, family, friends, volunteering and having meals with Shirley Hulbert.

After her passing; caring, funny, loyal, active, and proud Mother and Grandmother were all adjectives people used to describe her and sadness at how much they were going to miss her. She is survived by her son Jim (Cora), grandsons Russell and Andrew, brother Roy, nieces; Michelle Hall, Teresa Keeser, Jenny Nokes, Perrie Vandermause, Lori McClinchy, Chris Trieloff, Vicki Sahr, Lori Klopotek and nephews Gary Schimek, Brett Dillin and Matt Dillin, Sister in Law Roberta Sahr, Brother in Law Roger Dillin, their families, many special friends and neighbors, especially her special friend Shirley Hulbert. She is preceded in death by her parents, father and mother in law Perry and Lucille Dillin, her husband Rodney, Sister in Law Patricia Fietzek, Brother and Sister in Law Rolland and Patricia Dillin, Sister in Law Mary Dillin, Brother in Law Dave Sahr, and nephew Keith Dillin.

A celebration of life will be held on Saturday, February 19th at St. Peter's Episcopal Church in Fort Atkinson. Visitation will be from 9:00 am until 11:15 am. Service at 11:30, followed with burial next to her husband at Lakeview Cemetery in Fort Atkinson. A luncheon will follow at St. Peters. Face coverings are required by the church. The service can be viewed online at https://youtu.be/AmN2fJNHSC0

In lieu of flowers, donations may be made to St. Peter's Episcopal Church, Ronald McDonald House near Luries Children's Hospital in Chicago (https://rmhccni.org/lurie-childrens-house/), or Mauston High School Scholarship Fund for students attending technical colleges. Please leave your tears and bring a smile, laugh, and a story as Pat would not want all the fuss. She was always the most comfortable in a sweatshirt, pants, and tennis shoes especially with Packers, Jefferson Eagles, Fort Blackhawks, or Mauston Golden Eagle colors. Please dress comfortably and join us for a celebration of her life.

To send flowers to the family or plant a tree in memory of Patricia Dillin, please visit Tribute Store
Saturday
19
February

Share Your Memory of
Patricia
Upload Your Memory View All Memories
Be the first to upload a memory!
Share A Memory
Send Flowers