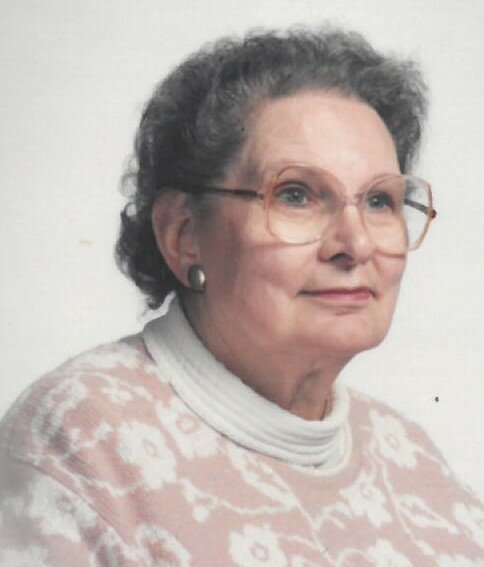 Ernestine “Ernie” Vanderlin, 97, of Madison passed away peacefully on Friday, December, 25, 2021 loved by family and friends, at Our House Senior Living in Cambridge.

She was born on March 12, 1924 in Chicago, Illinois, the daughter of Francis and Albina (Volkar) Schonta.  She was very proud of her Slovenian heritage.  She graduated from St. Mary’s High School and the University of Chicago, where she met her husband, Carl J. Vanderlin Jr. They were married September 16, 1950 in Chicago.  He preceded her in death March 12, 1982.  They resided in Chicago and Whitewater before settling permanently in Madison in 1961.  She retired in 1991 from the University of Wisconsin-Madison, where she served as Political Science and Pre-Law Advisor.

In 1968, Carl’s position with the University of Wisconsin allowed them to spend three years living in Nairobi, Kenya as part of a foreign aid project.  The experience was one that she cherished and which had a great effect on her life.  While there, Ernie taught English and shorthand at Kianda College in Nairobi.  Ernie enjoyed travel, and often visited her children living in other parts of the United States.  She enjoyed music, reading, sewing in her spare time, and cooking for family, friends, and colleagues.  She also loved to enjoy a daily shot of Jameson’s Irish Whiskey.

In addition to her husband, she was preceded in death by her parents; two brothers, Frank (Marcella), Robert (Beatrice) Schonta; and son-in-law, Tim Wheeler.

There will be no public service during this difficult time, but a Celebration of Ernie’s life will be held at a later date when we can all gather safely.

It was Ernie’s wish that any memorial tributes be made in the form of charitable donations to Our House Senior Living – Cambridge or Heartland Hospice – Madison.

The family would like to recognize and thank the staff at Our House Senior Living in Cambridge and her teams at Heartland Hospice and My Choice; and all who visited her, brought her treats, and made her smile.

The Nitardy Funeral Home is assisting the family, online condolences can be made at www.nitardyfuneralhome.com

To send flowers to the family or plant a tree in memory of Ernestine Vanderlin, please visit Tribute Store

Share Your Memory of
Ernestine
Upload Your Memory View All Memories
Be the first to upload a memory!
Share A Memory
Send Flowers