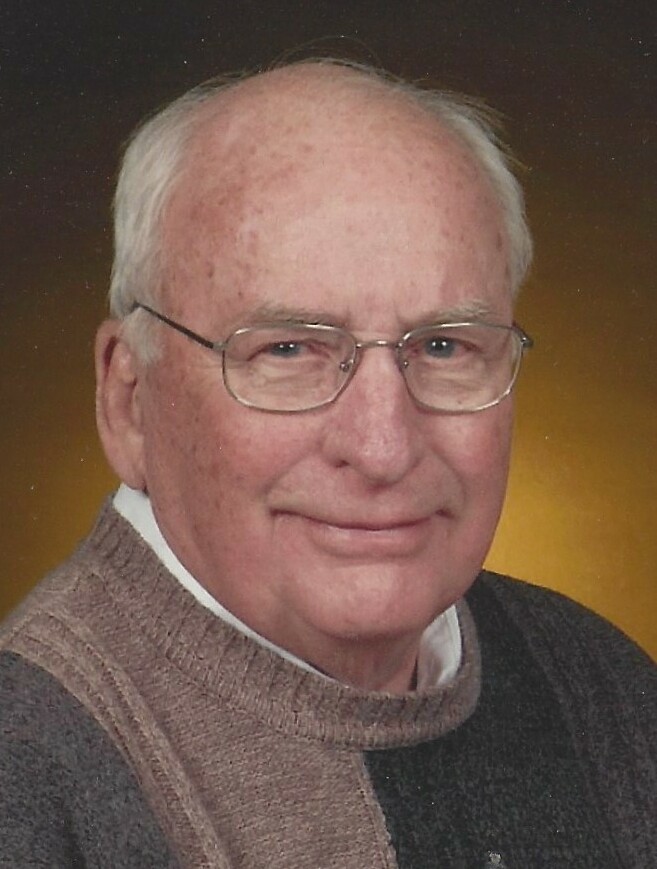 Robert Lloyd Wulfkuhle, was born on October 6th, 1928, in Lawrence, Kansas to Gustav and Lillian (Lentz) Wulfkuhle. Robert, in Lawrence or Bob in Illinois or Wisconsin, was a student of the Lawrence Public School System, attending Woodlawn Middle School and Lawrence Memorial High School, which was built in memory of the Lawrence servicemen lost in World War I.

During his school years, Bob worked at Kroger’s Grocery Store during the winter and at his Uncle Alfred’s, the Alfred Heck and Sons farm during the spring, summer, and fall. Bob started working for the Hecks when he was in 5th grade. He was close to the family, living on the farm during the busy seasons -- in fact, Alfred and Emma Heck, and their sons, Arthur and Walter, always treated Bob as part of their family. Bob credited the Hecks with teaching him about the importance of working hard and with honesty to accomplish one’s goals. He learned the value of maintaining a clean and neat farm, as demonstrated by his large, productive garden and immaculate lawns. Bob was often teased by his friends and neighbors about his lawn and garden, receiving a lighted helmet to mow his lawn at night from some work friends and a large picture of dandelions – which were never allowed to grace his yard-- from his good neighbors and friends, Rollie and Margaret Stortz.

Bob attended Kansas State University in Manhattan, Kansas, working his way through college at the Lawrence Sanitary Dairy during the summer and at Kansas State University’s Creamery during the school year. He graduated in June of 1951 and was on a train the next day to begin boot camp for the Navy. Bob worked hard and served as the Boot Chief Petty Officer, receiving the American Spirit Award in recognition for his performance as the top student from his boot camp class. Bob served as an independent duty hospital corpsman for four years in the USS Baltimore. The Baltimore completed tours in the Atlantic and Pacific Oceans, took an admiral on a goodwill tour of the Scandinavian countries, and represented the United States during the Naval Review for the Coronation of Queen Elizabeth II.

Honorably discharged from the Navy, Bob worked for the Department of Agriculture in Kansas City as an inspector and chemist. Bob was then asked to run the Arkansas City Coop, a large creamery in southeastern Kansas. He then moved to Hawthorn Melody in Kansas City before transferring to the Hawthorn Melody plant in Whitewater, WI. While working in Whitewater, Bob met and married his wife of 57 years, Stratewula (Sug) Kehias, an associate professor at UW-Whitewater. Bob took a job with Creamery Packaging in Chicago, IL as a Sales Engineer and moved to Chicagoland. Upon promotion to the Assistant to the President, Bob was transferred to the Lake Mills, WI plant and moved his family to Fort Atkinson, WI. Bob took a position with Hartel Manufacturing in Fort Atkinson, WI, in 1980. He worked for Hartel’s for 14 years, serving as the Vice President of Sales and Marketing, retiring in 1994.

Bob strongly believed in a life of service. While a member of Trinity English Lutheran Church in Fort Atkinson, Bob served on several church councils, sang in the choir, and could frequently be seen on the church grounds painting or otherwise helping to maintain the landscape. He volunteered at the Fort Memorial Hospital, completing 7,833 hours. He received the Volunteer of the Year award as well as a Life membership in the Volunteer department Bob assisted at the National Dairy Shrine at the Hoard Museum in Fort Atkinson, WI, where he was awarded the E Award by the National Dairy Shrine. Bob was very active in the Kiwanis International organization. He joined Kiwanis in 1956 in Kansas. When he moved to Whitewater he served

as the Treasurer for the Whitewater Kiwanis club. In Fort Atkinson, he served as the President of the club several times, chaired several committees, and served on the Board. He completed a one-year term as the Lieutenant Governor and then became a District Board Member. He was the first member of the Fort Atkinson Kiwanis organization to receive the George F. Hixson Fellowship, which recognizes members who contribute significantly to Kiwanis’s history of generosity. While in the Whitewater Kiwanis organization in his later life, he served on the youth committee and helped oversee the Shoe Project, providing shoes for disadvantaged students in the Whitewater Elementary school system. In 2021, the Whitewater Kiwanis club awarded Bob an Honorary Membership in recognition for his many years of service.

Bob was preceded in death by his parents, Gus and Lillian (Lentz) Wulfkuhle, his older sister, Elizabeth Wulfkuhle, who died in infancy, and his wife of 57 years, Sug. He is survived by his son, Gus (Cathy) Wulfkuhle, Geneva, IL; daughter Trianna (Stephen) Warkentin, Spring, TX, and four grandchildren, Emily and Sam Wulfkuhle, and Daniel and Kylie Warkentin.

Bob’s family wishes to recognize and thank the staff of the second-floor skilled nursing unit at Fairhaven for their dedication and thoughtful care in these trying times.

To send flowers to the family or plant a tree in memory of Bob Wulfkuhle, please visit Tribute Store
Saturday
20
November