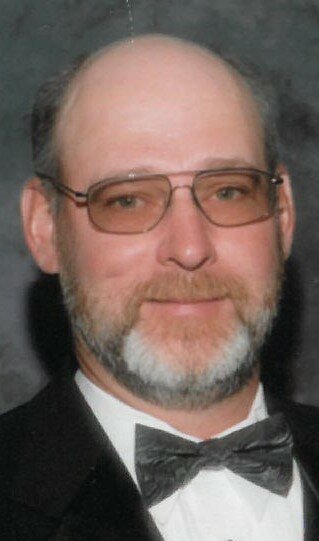 Russell Dahl, age 69, passed away peacefully at home on October 29, 2021 after a fierce two-year battle with pancreatic cancer.  Russ was born on March 13, 1952 to Raymond and Delores (Latsch) Dahl of Deerfield.  He grew up on their family farm, beginning his life-long love of farming at a very young age. For his third birthday he received a red International pedal tractor which he put many miles on, traveling out to whatever field his dad was working in.  His first two years of elementary school were spent in a little country school a mile from home. When it closed he attended Marshall Elementary School and first met his future wife, Kate Freidel.

In the fall of 1970 after high school graduation Russ purchased the farm which he continued to operate until the time of his passing, which was only a mile from where he grew up. He served in the Wisconsin Army National Guard for six years while simultaneously farming.

Russ and Kate were married on July 21, 1973, and moved into the farmhouse where they still resided. Through the early years of their marriage they added four children to their family: Jessica, Erin, Kelly and Tim.

Russ spent his life doing what he was destined to do; being a responsible caretaker to the land he loved.  His quiet passion for his loving family, his beautiful Red Angus cattle herd, and his faithful Yellow Labradors were the greatest joys of his life. He traveled out West many times on hunting trips with dear friends and treasured those memories always. Other adventures taken with family members were also experiences he loved; rafting through the Grand Canyon, and going on a bike trip through Canyonlands National Park outside of Moab, Utah on the White Rim Trail.

Two weeks before his passing, Russ was fulfilling his dream of one last harvest in his new combine.

Survivors include his wife of 48 years, Kate, and their four children; Jessica Mueller, Erin (Brad) Graf, Kelly (Dan) Howard, and Tim (Lindsey) Dahl.  He is also survived by seven grandchildren; Ava Mueller, Alayna and Taylen Graf, Kendall and Bayley Howard, and Quinn and Beckett Dahl. Other survivors include his sister, Shirley Berry, sisters-in-law Penny Dahl and Sue Freidel, sisters-in-law and brothers-in-law Mary and Dennis Riley, and Gayle and Greg Freidel, plus many loving nieces, nephews and friends.

Russ was preceded in death by his mother, Delores Dahl, his father, Raymond Dahl, his brother, Rollin Dahl, and an infant granddaughter, Brynn Graf.

The family would like to extend heartfelt thanks to Dr. Sharon Weber and Dr. Nataliya Uboha of UW Carbone Cancer Center.  Their compassionate care and concern were a blessing to all of us.  Thanks also to Dr. Christina Hook of Wildwood Clinic and Agrace Hospice.

In lieu of flowers donations may be made to UW Carbone Cancer Center, Marshall FFA, or Harvest of Hope.

To send flowers to the family or plant a tree in memory of Russ Dahl, please visit Tribute Store
Wednesday
3
November

Share Your Memory of
Russ
Upload Your Memory View All Memories
Be the first to upload a memory!
Share A Memory
Send Flowers