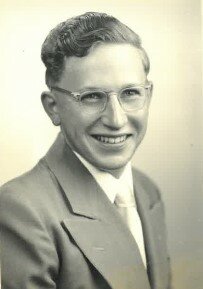 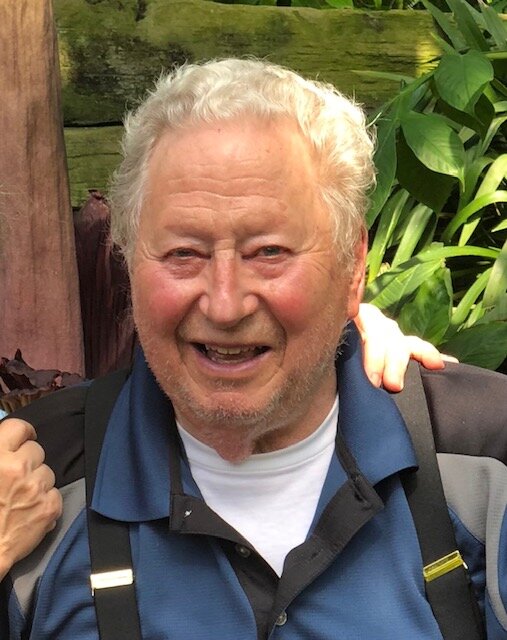 Bill had a deep love of travel, nature, reading, and most importantly putzing with whatever suited his fancy.  He never threw away anything that might be useful and regularly repurposed items others would have tossed aside.  He had an incredible sense of wonder and insatiable curiosity and regularly inquired about his children’s and grandchildren’s adventures and professional pursuits.  He had a kind heart and sweet soul which was displayed through his devotion to his family.  Bill was never a cook but could whip up a mean Chef Boyardee for hungry grandchildren when necessary. He was also well known for his incredibly delicious BLT’s on Sunday mornings.  Some of his favorite pastimes were long country drives sampling many Family Restaurants along the way.  He  traveled to most of the 50 states which included visiting family in Alaska. He was still spry enough at 76 years of age to experience the thrill of zip lining.  His many adventures also included Canadian fishing trips. He will be remembered most for his love of ladies and utilitarian use of everything duct tape.

He looked forward to the once-a-month breakfasts with retiree friends at Soups On to catch up on the most current gossip.  A very special thank you to Tonya for her kindness and compassion, along with her incredible memory of always knowing what Bill would order which never changed.

Much love and many thanks to Jeff who was like a son to Bill.  Jeff was always available for laughs, assistance in many tasks, and supplying Bill with all the shrimp he could eat.  The family’s gratitude to Jeff for his long friendship to Bill can not be expressed enough.

A special thank you to his neighbor Dan who was always available when needed.

His family would like to thank all the doctors, nurses, and medical staff whose hard work and perseverance allowed Bill to live the life he wanted and deserved until his last breath.

There will be no immediate, formal service. A celebration of life, for both Bill and his wife Helen, is planned for the spring at the cemetery near the family farm for close family and friends. In lieu of flowers, the family requests donations to Bill’s favorite charities the Macular Degeneration Association, the local Veteran’s Affairs, and the Humane Society of Jefferson County.  They also request that if you knew Bill that you raise a glass of brandy in his honor and follow it up with a bowl of popcorn and if so included, a good cigar.

To send flowers to the family or plant a tree in memory of William Lucht, please visit Tribute Store

Share Your Memory of
William
Upload Your Memory View All Memories
Be the first to upload a memory!
Share A Memory
Send Flowers