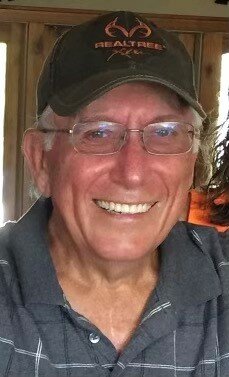 Bob was born on April 15, 1942 to Harlow and Gilma “Mielke” Block. After losing his parents and sister, Patricia, in the Blizzard of 1947, Bob and his brother Harlow went to live with Otto and Anita Sievert of Fort Atkinson. Bob went to St. Paul’s Evangelical Lutheran School and later graduated from Fort Atkinson High School in 1960. After graduating, he served in the National Guard. On December 9, 2006 Bob married Shirley Reichertz at St. Paul’s Ev. Lutheran Church and together they had one son. For over forty years, Bob worked at Schweiger’s Furniture in Jefferson until they closed their doors in 2004. For a short time, Bob worked at Lake Country Heating and Cooling as a shop assistant.

He enjoyed baseball, softball, snowmobiling, bowling, hunting, fishing, golfing and especially spending time with his family. Bob was a member of St. Paul’s Ev. Lutheran Church and his faith was very important to him.

To send flowers to the family or plant a tree in memory of Bob Block, please visit Tribute Store
Monday
25
October