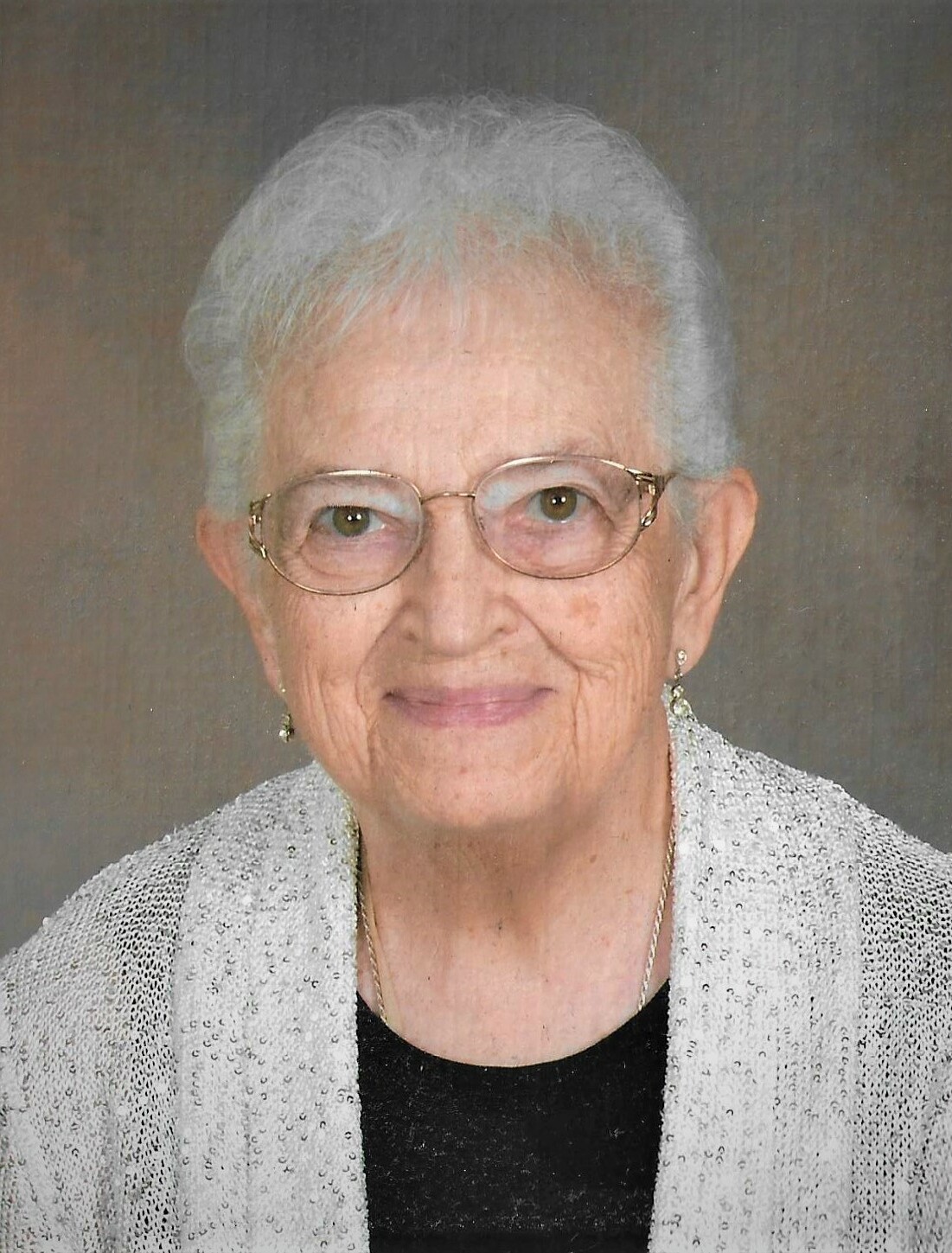 Beverly was born on October 4, 1931 in Fort Atkinson.  She was the daughter of Arthur and Bernice Patefield.  Beverly was confirmed and became an active member of the Friedens Evangelical and Reformed Church in 1946.  She graduated from Fort Atkinson High School in 1949.  Beverly married Gordon E. Roehl on September 22, 1951 at the First Methodist Church, Fort Atkinson.  She worked for the State of Wisconsin at the University of Wisconsin-Whitewater for 34 years as a secretary in the Admissions office and later as an Administrative Assistant to the Assistant Chancellor for Administrative.  Her job was a labor of love.  She retired in 1998 and after retirement she traveled to Hawaii, Great Britain and Europe.  Beverly volunteered at the Milton Public Library for ten years and the Fort Atkinson Memorial Hospital.  She was a reading companion for several students in the Whitewater School District.  Beverly was a current member of the Whitewater Congregational UCC after being a member and organist of the North Lima Presbyterian Church for nearly 50 years.  She also was a substitute organist at many other churches in the area.  Beverly sang with and was a past president of the Milton Choral Union, the Beloit/Janesville Symphony Chorus and the University of Wisconsin-Whitewater Community Chorus.  She was a member of the piano trio that performed at retirement and nursing homes in the Milton/Janesville area.  Family was always the most important part of her life, but music provided the expression of love and emotions.  She organized and performed in the Fairhaven Music Soirees for 4 years.  Beverly was also an avid reader and card player.  She loved to crochet and made afghans for her children, nieces, nephews and hospital babies.  She is survived by her son, Roger Alan Roehl of Bruce, WI; her loving grandson Nicholas Edward Roehl of Milton, WI; her daughter-in-law, Jodelle “Jodi” of Janesville, and her step-grandson, Chris Jones.  Other survivors include estranged grandson, Nathan T. Roehl of Janesville; a foster son, Mohammed “Ben” (Sandra) Ariss of Mukwonago; foster granddaughters, Sara (Carl) Ariss Hackbarth; great-grandchildren; sisters: Shirley Gebhardt and Helen (Chuck) Sayre; Katherine Ariss and numerous nephews and nieces.  She was preceded in death by her husband Gordon in 1990; son, Gregory Arthur in 2011; parents; and three brothers: Russell A., Douglas J., and Jerome “Romie”

A Memorial Service will be held on Friday, October 8, 2021 at 1:00pm at Nitardy Funeral Home 550 N. Newcomb St. Whitewater, WI 53190.  Inurnment will be in the Evergreen Cemetery, Fort Atkinson.  Friends may call at the funeral home on Friday from 12:00pm until the time of the service.  As an expression of sympathy you may wish to consider memorials to Fairhaven Senior Living, Whitewater.  Online condolences may be made at www.nitardyfuneralhome.com

To send flowers to the family or plant a tree in memory of Beverly Roehl, please visit Tribute Store
Friday
8
October