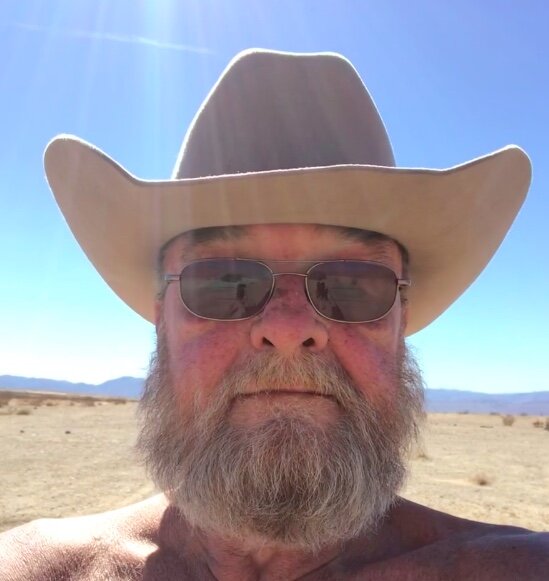 Dan Ferguson, age 74, passed away at his home in Ft, Atkinson, WI, on September 27, 2021, after a brief illness.  He was surrounded by family at the time of his passing.

Born April 22, 1947, in Louisville, KY, Dan was the son of Mary Glore and the late Lloyd Ferguson.  He joined the U.S. Army when he was 17, and enjoyed his duty station in Germany while serving.  He was a lover of nature, and he and his family moved to the hills of Kentucky in 1976 where they enjoyed living off the land and communing with Mother Earth.  In 1982, Dan’s love for his community led him to become a police officer, and he served a 35 year career in law enforcement, including being a police officer in Irvine, KY and London, KY, a police detective at Eastern Kentucky University, and a U.S. Special Deputy Marshall in Lexington, KY.  Dan loved music, history, travel, and the study of other cultures, especially the Native American culture, and his lifelong dream was to travel and experience all the diverse communities our beautiful country has to offer.  In 2017, he retired, sold all his worldly possessions, bought a Jeep and a trailer, and set off alone on his epic adventure of a lifetime.  He left Kentucky and headed west with no particular destination in mind except to go wherever the road took him.  Over the next year and half, he explored the entire western half of the United States, made many friends along the way, and documented his travels with beautiful photos on Facebook.  Dan loved his family and was extremely proud of his children and grandchildren, and finally decided to end his nomad life and settle in Wisconsin to spend his final years enjoying his family.

A funeral service will be held at Nitardy Funeral Home in Ft. Atkinson, WI, on Saturday, October 2, 2021, at 6:00 p.m.  Visitation will be held from 4:00 p.m. until the time of the service.  Friends and family are welcome to gather and reminisce at 130 N. Main St, Ft. Atkinson, immediately following the service.

To send flowers to the family or plant a tree in memory of Dan Ferguson, please visit Tribute Store
Saturday
2
October

Share Your Memory of
Dan
Upload Your Memory View All Memories
Be the first to upload a memory!
Share A Memory
Send Flowers