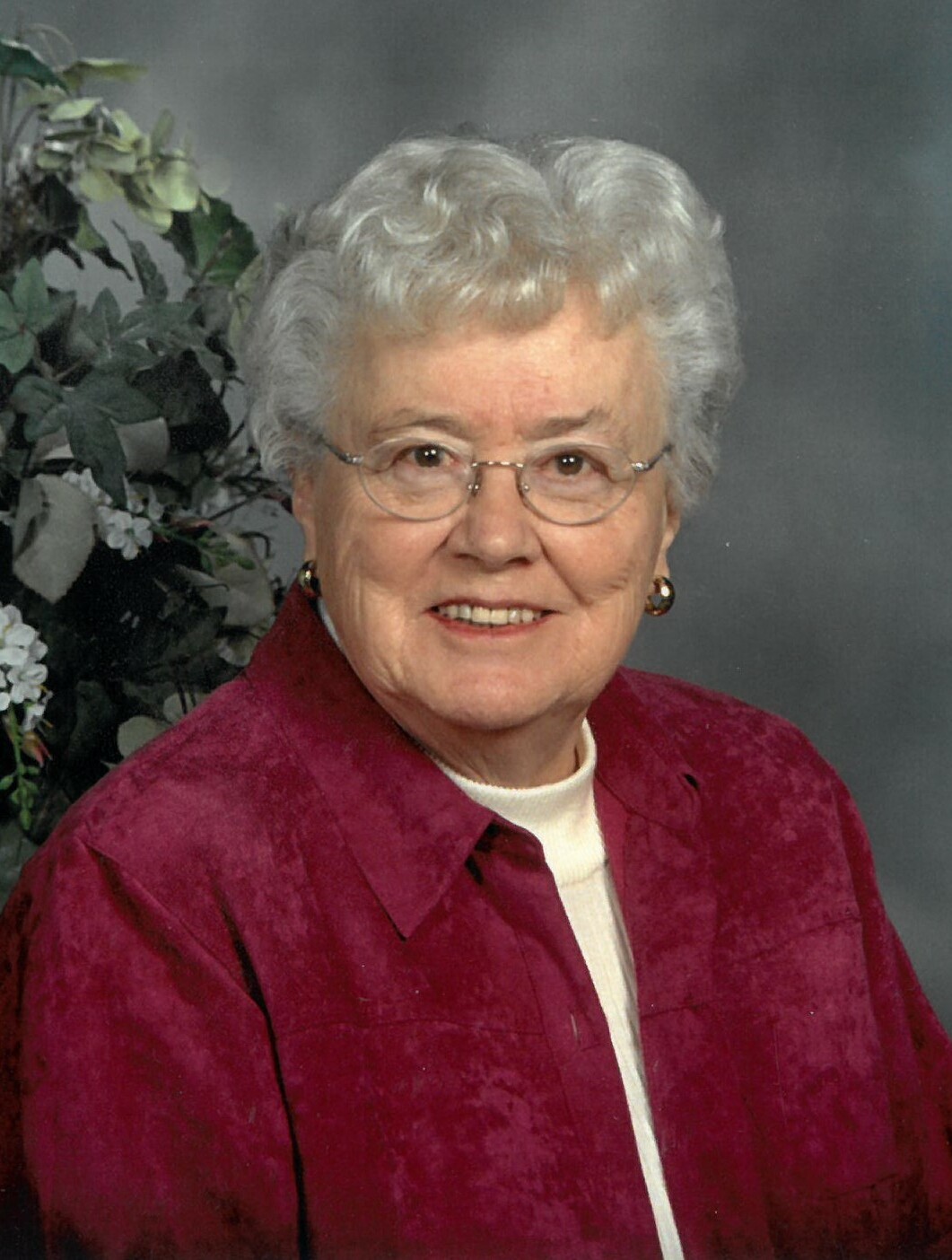 MaryLou (Joosten) Rogers passed away peacefully on Saturday afternoon, September 11, 2021, in Fitchburg, Wis., at the age of 93, with her family by her side.

She was born December 15, 1927, to Eulalia (Markee) and Louis Joosten in Wisconsin Rapids, Wis., the youngest of their seven children, and was raised in nearby Rudolph. Most remarkable about her young life, MaryLou would often recall, were two things: A cross-country band trip with her sisters that took them all to Washington, D.C., a very young MaryLou playing the cymbals and passing the hat; and perhaps the proudest achievement—that each of the seven Joosten children, including she and her four sisters, earned their college degrees during a time when it was especially uncommon for women to do so. Education and literacy were lifelong passions, and MaryLou’s penchant for proper grammar was a source of great pleasure to her friends and family. She was a voracious reader, New York Times crossword puzzle solver, Scrabble and bridge player.

MaryLou graduated as valedictorian from Rudolph High School in 1945, then attended UW-Whitewater. She was a member of the Alpha Sigma Sorority and graduated in 1949 with a degree in business. In 1950, she married Alan “Pete” Rogers in Whitewater where they raised four children.

In 1973, Mary Lou moved to Amery, Wis., where she first worked as a transcriptionist and later became office manager at Apple River Memorial Hospital. She was a member of St. Joseph’s Catholic Church in Amery, where she played the piano and organ, worked at church events, and helped with bookkeeping.

She moved back to Whitewater after retirement and later moved to Heritage Senior Living in Middleton, Wis.

MaryLou now rejoins her family in passing; her parents Eulalia and Louis, and her beloved sisters and brothers Janet, Beryl, Gloria, Joan, Jackie, and Bruce.

There will be a private family service and she will be interred at Amery Cemetery. In lieu of flowers, the family respectfully requests gifts in MaryLou’s memory be made to the Amery Area Public Library, 225 Scholl Ct., Amery, WI 54001; or The Alzheimer’s Association, www.alz.org.

MaryLou’s family would like to thank the many caregivers and medical professionals who assisted her in her journey with Alzheimer’s disease, especially the staff at Heritage Senior Living, St. Mary’s Hospital, and Agrace Hospice. You represent your profession well and are making a positive difference in the lives of those in your care.

Nitardy Funeral Home, Whitewater is assisting the family.  Online condolences may be made at www.nitardyfuneralhome.com

To send flowers to the family or plant a tree in memory of Mary Rogers, please visit Tribute Store