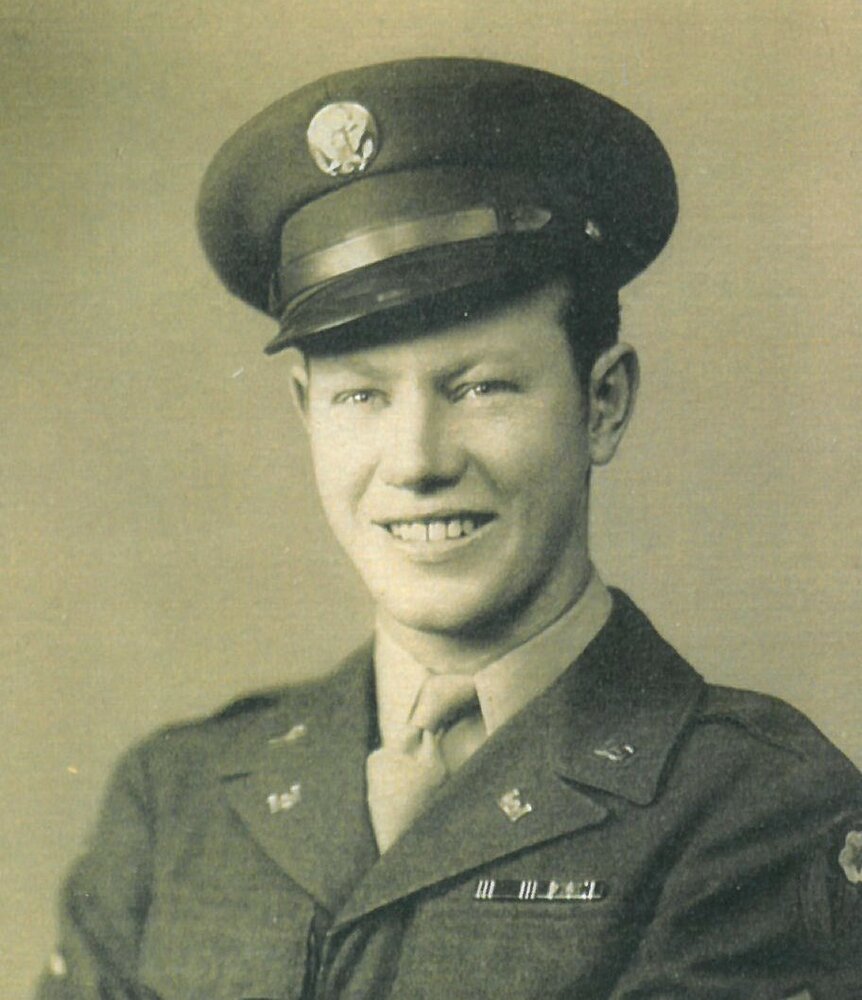 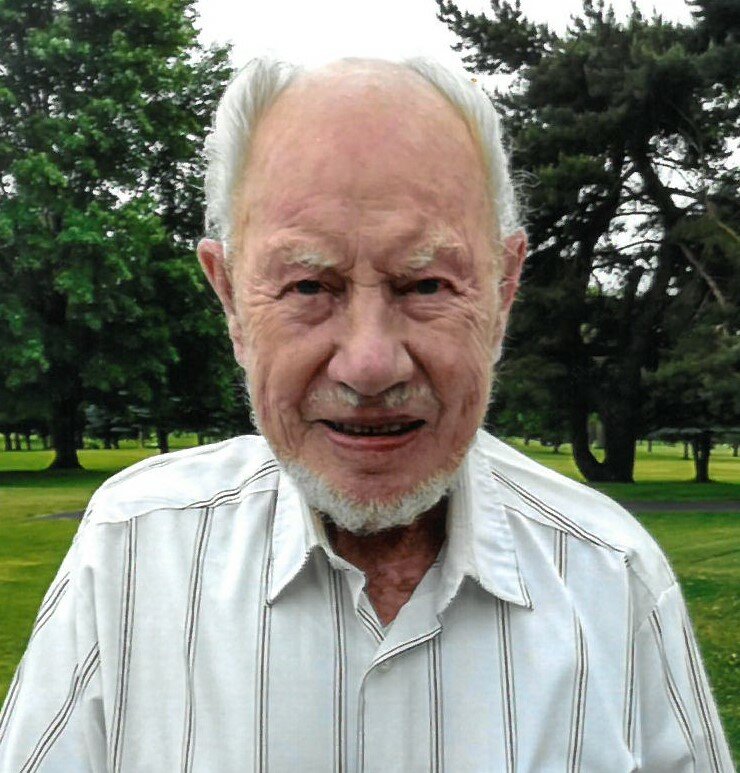 PFC Wesley Julian Jarlsberg was called to his last roll call, to proudly serve his Lord and Savior, on August 26, 2021, at home, sitting in his chair, watching a baseball game.

Wesley “Jug” Jarlsberg was born on October 14, 1920, to Hans “Olaf” and Stella Jarlsberg in Cambridge, Wisc.

The 5 Jarlsberg brothers joined the military and served in WWII. “Jug” joined in 1942 as a proud member of the 40th Combat Engineer Regiment. They fought in North Africa, Italy, France and Germany. “Jug” received 7 Battle Stars, 2 Bronze Arrowheads, 4 Overseas Service Bars, 1 Service Strip and a Presidential Unit Citation, for 567 days in combat.

He returned home in 1945 to a hero’s welcome in Boston Harbor. “Jug” joined his father in the concrete business, leaving his mark of numerous concrete projects around the community, until his retirement. He married Charline Rose Redford on December 31st 1961.

He was preceded in death by one daughter, Debby Jarlsberg, one sister and three brothers.

He enjoyed the outdoors, hunting, bowling, horseshoes, boating, snowmobiling and was a life long cub fan. He was active in the Willerup Methodist Church, Cambridge, and a member of the Cambridge/Deerfield VFW Post #9424. He happily lived in his hometown for nearly all of his 100 years.

A graveside service with military honors will be held at Willerup Methodist Church on Wednesday September 1, at 2 pm.

In lieu of flowers, donations may be made to Willerup Methodist Church retirees breakfast or Vets Roll .org, 1777 Gardner St South Beliot Illinois, 61080.

To send flowers to the family or plant a tree in memory of Wesley Jarlsberg, please visit Tribute Store
Wednesday
1
September

Share Your Memory of
Wesley
Upload Your Memory View All Memories
Be the first to upload a memory!
Share A Memory
Send Flowers