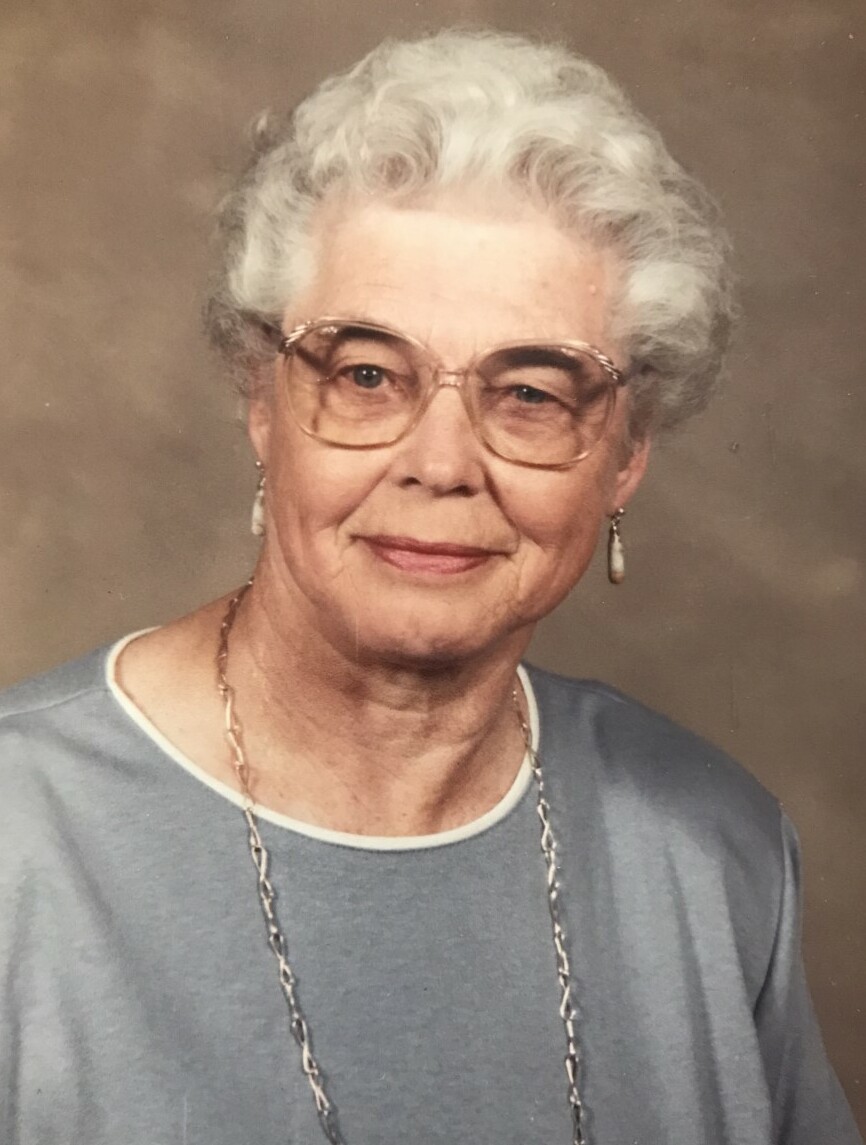 Margaret was born on August 12th, 1920 in Marquette, MI to Henry David Hillier and Lavina Taylor. She graduated from Graveraet High School and later received her bachelor’s degree from Northern Michigan University.

Margaret was an elementary school teacher at Fischer Elementary in Marquette. She married Donald Bureau in 1920. He preceded her in death on December 30th, 1996. Margaret was a talented musician who played in the symphony orchestra in Marquette and also played the organ, piano, and violin in Marquette as well as in Sun City, Arizona where she and Don wintered in their later years. After retirement, Margaret took up golf and line dancing, and also enjoyed sewing lap robes for veterans.

She is survived by her children, Pat (Jim) Jacobson of Whitewater, WI and Bob (Teri) Bureau of Wyoming, MN; 6 grandchildren, 9 great-grandchildren, 1 great-great grandchild; her brother, Edward Hillier of Marquette, MI; and many other nieces and nephews.

She was preceded in death by her husband, two sisters, and seven brothers.

Burial will be at a later date in the Northland Chapel Gardens Cemetery in Negaunee, MI.

The family appreciates the loving care she received from Hearthstone Memory Care and Rainbow Hospice. If you choose to send a memorial, please do so to:

To send flowers to the family or plant a tree in memory of Margaret Bureau, please visit Tribute Store

Share Your Memory of
Margaret
Upload Your Memory View All Memories
Be the first to upload a memory!
Share A Memory
Send Flowers