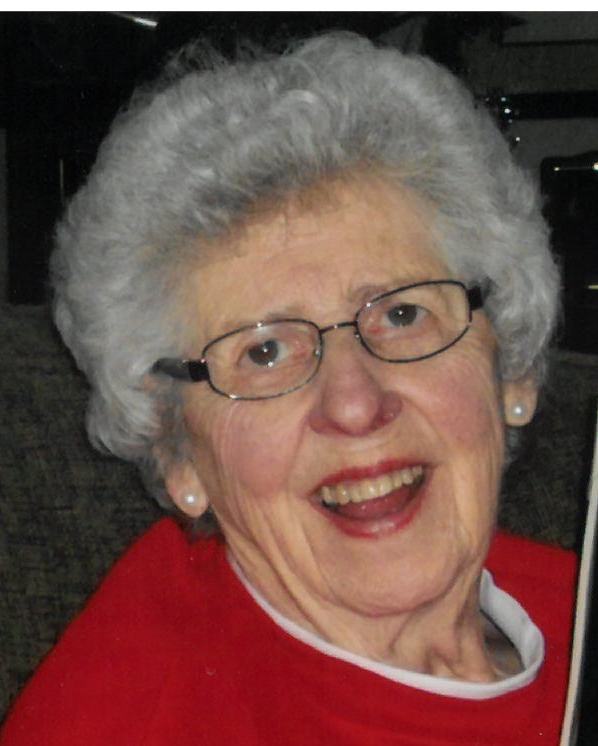 Barbara Anne Lundgren, 89, of Cambridge went to be with her Heavenly Father on Wednesday, April 28, 2021 at the Rainbow Hospice Inpatient Center in Johnson Creek.

Barbara was born on April 27, 1932 in LaCrosse to Robert and Melvina Atkins. She grew up in LaCrosse and graduated from LaCrosse Central High School. Barbara later graduated from LaCrosse Teacher’s College (UW-LaCrosse) in 1954. She then moved to Milwaukee and taught at Tippecanoe Elementary School while living with her brother and sister-in-law, Everett and Vera. While living with Everett and Vera, Barbara met the love of her life, Raymond Lundgren. After just six months of dating, because they just knew, Barbara and Ray married on August 4, 1956 in LaCrosse. They were parents to Rex and Rick Lundgren and in 1962 they welcomed their first child, Kristin Kay. In 1966, Robert Erik was born. Barbara returned to teaching once her children were school age. She taught in the Whitnall School District from 1971 up until she retired in 1995. She had the rare opportunity, much to her children’s dismay, of teaching her own children. She was a task master! After retirement, Barbara and Ray moved to Stoughton because of its Norwegian heritage. She and Ray became reacquainted with Barbara’s dear childhood friend, Mary Johnson and her husband Jerry after realizing they lived across the street from each other! Ray passed away in 1997 and Barbara remained in Stoughton until 2006, when she decided to move to Cambridge, to be closer to Kristin.

While living in Cambridge, Barbara enjoyed going out to breakfast with her condo friends at the family restaurant. She loved cheering on her grandchildren in their school activities and sports. During this past year when she had become less mobile, she and Kristin would go on Friday “field trips” which consisted of a car ride to see “what’s new” and to get something to eat. All throughout her life she loved talking on the phone to her many friends and family. Barbara is a woman remembered by her family as having a steadfast love of her family, being independent and strong, always standing firm in her beliefs and her faith in Jesus Christ.

Funeral services will take place on Friday, May 7, 2021 At  Nitardy Funeral Home, 208 North Park St., Cambridge, WI 53523. Visitation will take place at 11:00 until the start of the service at 1:00PM. Pastor Russell Thomas will officiate the service. A burial will immediately follow at Lutheran  South Cemetery in Stoughton, WI.

The family would like to give a special thanks to the Rainbow Hospice Inpatient Center staff for their exceptional care of Barbara.

A donation in Barbara's name can be made to the McFarland Senior Outreach Program or to Stoughton Baptist Church Missions Outreach, both were very importmant to Barbara.

To send flowers to the family or plant a tree in memory of Barbara Lundgren, please visit Tribute Store
Print
Friday
7
May